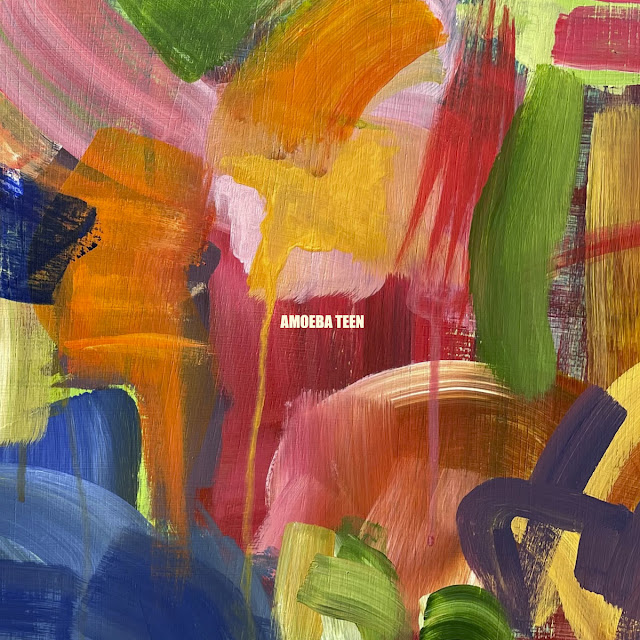 Apart from getting so frustrated at how regional the UK music scene has become, one of the things that gets my goat most is how these isles are so dismissive about Pop Rock. Call it Melodic Pop, Power Pop, Guitar Pop or whatever you wish and it still gets looked upon as outdated nothingness by potential listeners who gloat about how great bands are with much less talent.

Miserable mediocre songs seem much more easier to write than something that will uplift you, lighten your day and dare you not to singalong. Just what exactly is wrong with being happy? If Amoeba Teen came from the USA, they would be treated as the second coming, but they don't they come from Stourbridge.

2019's Medium Wave was a fine album, but this follow up is in a different league altogether, it is simply magnificent. Reminiscent of those great UK Pop Rock albums from the second half of the 70s, it comes from the have a good time all the time school of music.

Barlight Crawl is so Glam Rock that it wears flares and Mainstream may be the best song that Chinn and Chapman didn't write. It reminds me a lot of Ulysses. There are about five songs in one, chopping and changing direction at will.

Melody Told You is in Jellyfish territory. California Pop blasts out. January has a steel guitar twang to die for, matched only by a killer chorus, a bit in line with a band like Caper Clowns. Putting The Kids Through College could be prime time Squeeze.

You can imagine Mainstream on ITV's Supersonic, it is a little How Do You era 10CC at times. Just Not That Into You is classic New Wave Power Pop. You have all this and you have not yet heard about the closer, King Of The Cut.

The song has everything in its five and a half minutes, it is probably Amoeba Teen's Brit Pop anthem and knocks spots of most what was around at the time. Chiming Guitars adorn lyrical depth, cigarette lighters at the ready or maybe Vape Pens on maximum setting. It is an amazing listen.

I Don't Hear A Single twists left and right, but at its centre is Pop Rock. I like to think that we know what we are talking about and the success of the place has been about knowing its audience. So when I say that this is the best Pop Rock album that I've heard in years, you hopefully know it really is something special.

Posted by Anything Should Happen at 21:34