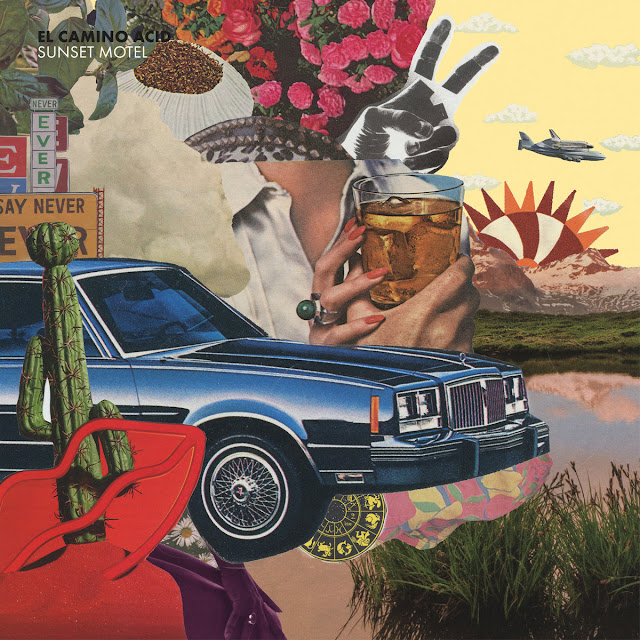 The second album from the Columbus Ohio quartet is quite a ride. At its heart is a loose sleazy rock out. A noisy riff laden, big sounding, monster of a listen. The sort of album that you used to hear, gripping in its shake yer fist attention grabbing.

This Big Rock is enhanced by a slurred drawl of a vocal that enhances an album caught somewhere between Garage Rock and The Bad Crowes. Get Along is the best example with its second half of the eighties big stage rock that didn't know if it wanted to melt your face or be The Rolling Stones.

There are other examples, mainly front loaded, such as Chang The Banker and Mirror Mirror especially. But half way through something changes. Fight For it is an unsuspected ballad and Somebody Like You is great Pop Rock built around a big riff and a catch all chorus.

Why So Shy could be The Replacements, Near Or Far is a croon with a big 80s chorus. Start Again is 60s Beat and Don't Wanna Lose You could be something from the American Graffiti soundtrack. Hold You In is a crackerjack of a song, wonderfully loose.

Yet there is still time for a massive sounding headbanger in Can't Afford To Be Like This. The album may give the impression of being a bit schizophrenic, but that is probably down to the track ortder. It would have felt less so with more of a mix and match of styles.

Normally, I would edge towards the poppier stuff, but the noisy dirty songs are the things that gripped me most. So few do this sort of thing now and it is done wonderfully well here. Sunset Motel is a real smasher of a listen, even if I do feel like I need to take a shower after a listen.

Posted by Anything Should Happen at 21:49