Cheap Star - Wish I Could See 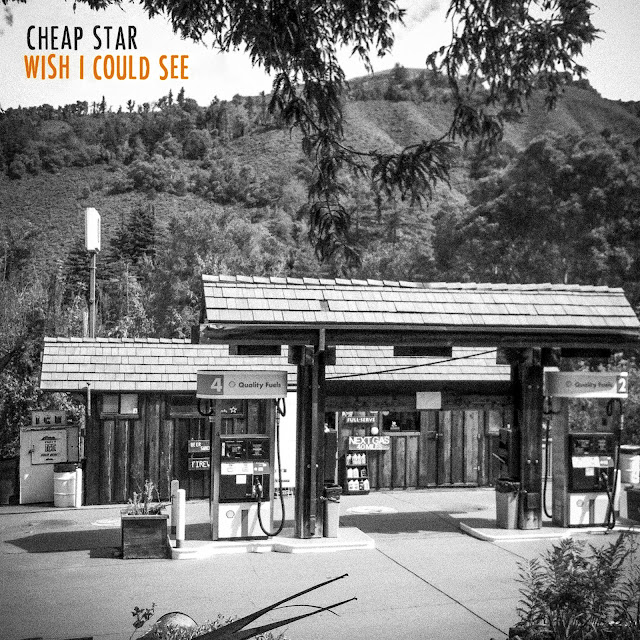 I should have covered this much earlier as the album was released in February. Hopefully my delay will give Wish I Could See another boost. Cheap Star is effectively Geneva's Remi Vaissiere, but the guest list across all the albums is always Top Notch.

Here the core trio is Vaissiere, Jon Auer and Brian Young and so you largely to expect Fountains Of Posies. Indeed Cheap Star have been compared to The Posies from their beginnings and the band have been involved often. The vocals are even similar at times to Auer, but the material is a little lighter.

Additional guests such as Brendan Benson, Gary Louris, Roger Joseph Manning and Mitch Easter add quality. However, don't be fooled that this is a Power Pop stardust wig out. These songs stand up on their own, great melodic Pop Rock jumps out and the hooks are aplenty.

In Your Head sounds very Auer dominated and is certainly the nearest song to The Posies, but Wish I Could See has had a lot of attention from reviewers and it has a fine jaunt plus Benson's harmony vocals add a lot.  Under The Synapse even borders on 12 Bar Rolling Stones and diverts to a Psych Pop groove that is delightful.

Slow Down is absolutely wonderful with a melodic Alex Chilton like vocal and countrified by Jon Auer's Banjo. It is also worth the admission alone for Mitch Easter's jaw-dropping Guitar solo that closes the song.

What's It Like is a moody melancholic closer, splendidly so. But for all these excellent diversions, my favourite song is the opener Lifetime. It is an unusual opening song, very restrained, but it contains a wonderful synth baroque arrangement from Auer and harmony vocals from Gary Louris that fir the song beautifully.

People will obviously miss The Posies and until we get a Jon Auer solo album, Cheap Star are probably the nearest that we will get to that. That's great, because Wish I Could See is a superb listen, restrained at times, but beautifully played  and it is nice to have something so melodic without your ears ringing. Highly Recommended!

Posted by Anything Should Happen at 19:16