Dave Scarbrough - Happy Ever After 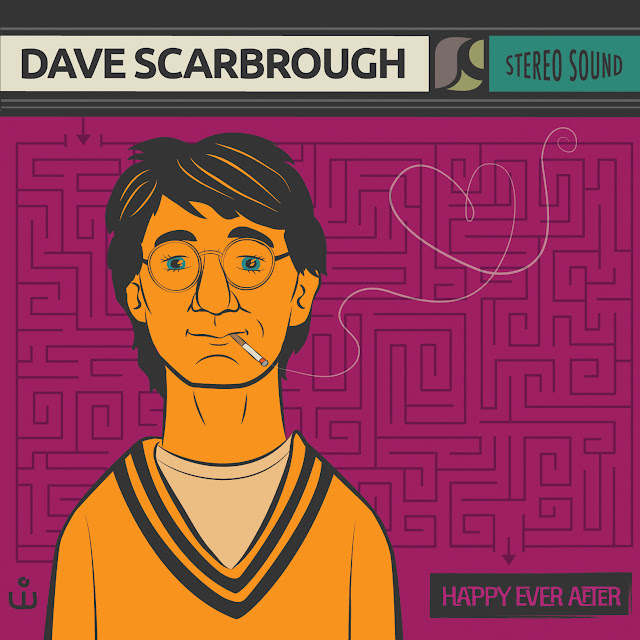 On first listen to Happy Ever After, the first thing that springs to mind is this is very Elvis Costello and  that has been the response from people that I have recommended the album too. It probably explains why you have seen the reviews around mentioning this. Unsurprising because too many reviewers give albums one listen at times not even that, listening to just a few tracks and not even all the way through.

Yes Scarbrough's voice is quite close to Costello at times and the arrangements do sound a little Attractions on the odd occasion, but there isn't the franticness of earlier Elvis. On repeated listens, I'm reminded a lot of Del Amitri, although the lyrics are much much stronger here.

This is a beautifully written album, the production is a little basic, Stiff era even, but you sense it is meant to be and the songs are written with that in mind. The album isn't meat and potatoes though, there are breakouts and solos that catch you by surprise and add much more to the release.

For all the jauntiness, one of the standout songs is the moody melancholia of The Coming Good. It is out of kilter with most of the material here, but it is gripping. Oblivious is more proof that the album isn't all about pace.

Sorry has a cute little jangle about it, but you sense that the album is at its best when the songs get quicker. As Far As I Know is probably the stand out song, but Wachet Auf runs it close, it is a song that ends way too soon and contains a splendid Guitar solo. Catherine also adds another fine Guitar ending.

The lyrics aren't I love you, yes I do, you know it's true throw away fodder, there's real thought gone into them and the choruses are as catchy as catchy can be. This is the solo album that Justin Currie should have written and I can't give it a greater compliment. Happy Ever After is a cracking listen. Just where has Mr Scarbrough been hiding?

Posted by Anything Should Happen at 20:31