Have You Ever Seen The Jane Fonda Aerobic VHS? - Maine Coon 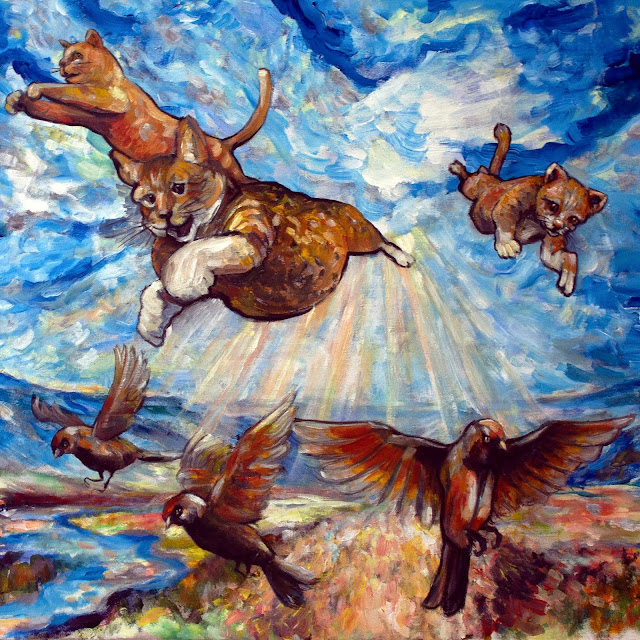 After all the recent genre hopping, it is nice to be back in the land of Pop, even if it is just for a short while. Here though, it isn't the Guitar led joy that IDHAS is primarily known for, this is great keyboard led stuff and when I say Pop, I mean POP.

So it is over to Finland for the splendid Have You Ever Seen The Jane Fonda Aerobic VHS?, a band name that you will find easily to search online. Their third full length album is wonderful. This sort of Indie Pop falls generally into two categories, too kool for skool lo-fi or repetitiveness replacing the lack of lyrics and probably song.

There is none of that here, yes it is Indie Pop, but it is beautifully produced. The hooks are all in the choruses and what hooks they are. The songs are keyboard driven, so you would normally expect the album to veer towards the 80s.

Although there is the odd thought of the 80s, the keyboards channel other areas such as Farfisa 60s or even something produced by Joe Meek and the 90s Clint Boon era. The sound is never twee and each of the nine songs are potential earworms.

The band can do big Ballad (Zerlako), which is more than a little OMD in feel and New Wave Beat Pop with the splendid Night At Zuska's with its massive chorus. Storyboard is even a little Psych Pop and Troglodyte almost mirrors The Cardigans or even Saint Etienne.

In Tangerine, the opener, may get the most attention with its awesome take on Blondie Pop, but any of these nine songs are worth the admission. Maine Coone is an outstanding uplifting album that you just can't stop yourself singing along too. The Finnish Trio have come up with an absolute Tour De Force.

Posted by Anything Should Happen at 19:40