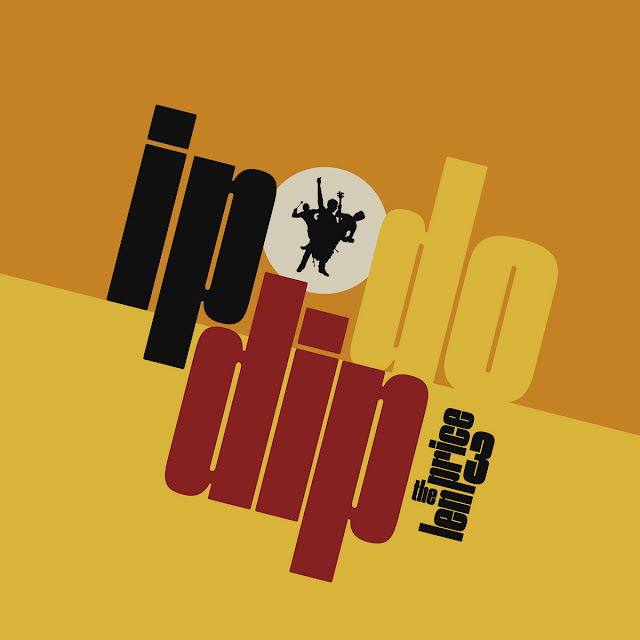 You sort of know what an album from The Len Price 3 is going to be like and they do what they do wonderfully well. A trio whose live reputation really is as deserved as people say. They are a big part of The Medway Scene, but not as fixated on the second half of the 60s as many of that gang are.

They are at their best when they reside in a world somewhere between Canvey Island R&B and The UK New Wave 70s. But they are equally adept at both Psych Pop and Power Pop. The songs on Ip Dip Do are chorus led and seem a bit more Psych Pop on occasions than on previous albums.

Billy The Quid is a cracking slice of early Jam and Ready To Cry is very Buzzcocks with an incendiary Guitar break. Songs like Charlie and Raven At My Window are template songs for the band, choruses that demand a response and played at a breakneck speed.

I Can't Hear A Thing is top notch Power Pop, Bad Vibe Machine is pure Wilko era Dr. Feelgood and Strange Times is fine Mod Pop. The opener, Chav Squad, is a great example of the power that the trio are so good at emitting.

The Psych Pop that The Len Price 3 journey into is always under appreciated. Mr Spong's Miraculous Leap is very Sgt. Pepper, She Came From Out Of The Sun is splendid 1967 UK Beat Psych Pop and Spoil The Gloom would be lauded highly if performed by more noted exponents of the genre. The close of the latter is as Psych as you could ever want.

There are some wonderful witty observations in the lyrics and these are songs that offer big choruses that insist that you sing along to. This band are taken for granted too often. Buy the album and you MUST see them live. Highly Recommended!

Posted by Anything Should Happen at 21:39

Email ThisBlogThis!Share to TwitterShare to FacebookShare to Pinterest
Labels: The Len Price 3