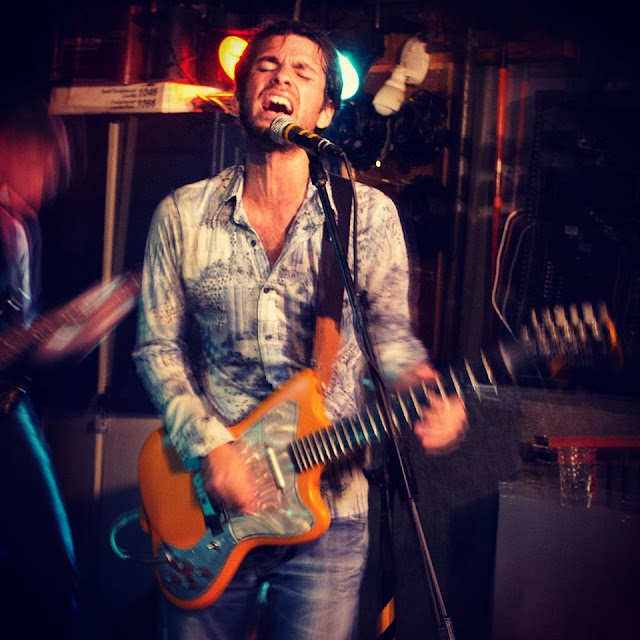 The response to this week of Live Sessions has been really heart warming, we were heavily over subscribed and so we hope to do more in the future. However, we don’t want to to divert too much from the reviews and interviews that I Don’t Hear A Single is known for. So they’ll be the occasional treat, rather than the norm and the Audio Extravaganza will continue with its fortnightly mix of the best new music.

I have described Miami Beach’s Ex Norwegian as the best band of the past decade. Roger Houdaille’s outfit have an exceptional back catalogue that majors on Pop Rock and Psych Pop. The Power Pop of 2018’s No Sleep made it I Don’t Hear A Single’s Album Of The Year and Last Year’s 2 CD Best Of, Something Unreal was our Compilation of the year.

2020 is Psych Pop year for the band. Two albums are released by the band on June 5th. Hue Spotting is an original Psych Pop masterpiece. Spotting Hues is a sister album of wonderful obscure Psych covers. The first of two sessions was recorded this month.

The second session was recorded early this year for I Don’t Hear A Single. The only repeated song is Making Deals which is no hardship as it was my favourite single of 2018. 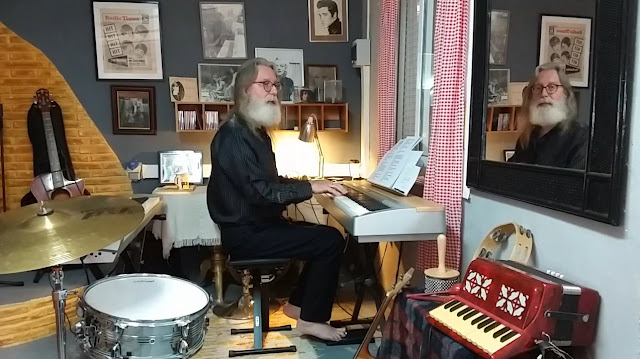 John Howard is a national treasure. Born near my neck of the woods in Bury, he now lives in Murcia. People will talk about Elton John and Billy Joel as 70s Singer Songwriters with a piano, but no album from either tops Kid In A Big World.

His 70’s Output was and still is extraordinarily good. The early 2000’s saw a welcome realisation of how great an album, Kid In A Big World was and all that attention led to the album being reissued in 2003. There began the revival of Howard’s career.

John left behind A and R and Marketing to begin a second prolific career. Since then we’ve had nine new albums plus three Live albums ,a Best Of, A collection of rarities on vinyl and numerous EPs. All receive critical acclaim and rightly so.

His autobiography, the first of three intended volumes, is a fascinating, at times shocking account of Life in the 70s. I’d recommend Incidents Crowded With Life To All. Here is a five song session from John, recorded earlier this month.

Thanks as always to Jim Moody for his technical excellence. The details of our fourth special are below:


You can listen to and buy the two new Ex Norwegian albums and Back Catalogue here. You can find more about the band on the website here.

You can find out more about John Howard and buy his albums here.