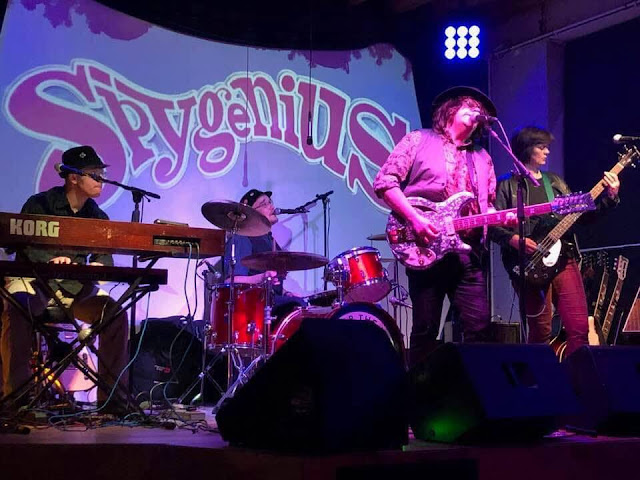 Welcome to the second episode of the week long celebrations of the IDHAS Audio Extravaganza. Tonight features two sessions from artists that are very dear to the heart of I Don’t Hear A Single, Spygenius and Chris Church.

Of all the music that I listen to, Psych Pop resonates most. Few master it, Spygenius do. The ability to mix the classic Psych influenced sounds of the 60s with a more modern Indie Pop makes the band a joy to listen to. Influences abound, including Lounge and Folk.

The Croydon and South London Quartet release their fifth album on Big Stir Records in July. Man On The Sea is a magnum opus and builds on their stellar reputation on the live circuit. This affinity makes them The Band Most Likely To, due to the sheer diversity of their fans.

This session was recorded pre lockdown and the band were all struggling with the flu at the time, although you wouldn’t notice that when listening to these six songs.

The UK has become very fragmented musically lately. National has been replaced by Regional and it is to the band’s credit that they have adopted and grown a community through their Live Showcases. Hopefully this will expand in all genres, it is about the music not all the outside influences. 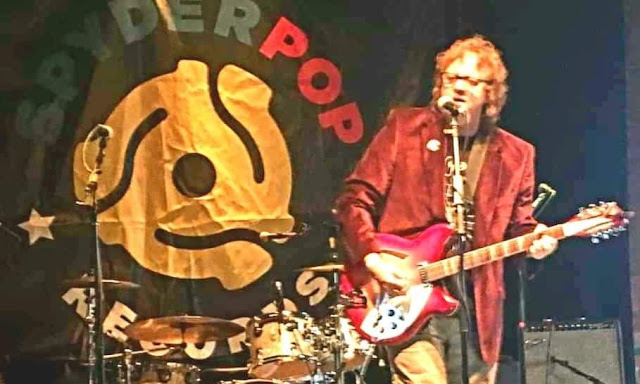 Lenoir, North Carolina’s Chris Church is one of the few artists that can move between genres successfully.  He has combined a multi album Pop Rock solo career with varying projects and bands, playing Prog, Folk, Hard Rock and left field music.

2017’s Limitations Of Source Tape marked a debut on the Spyderpop Records label and was one of the great albums of that year. Critically lauded, it took Power Pop to new heights. His second album for Spyderpop is this year’s Backwards Compatible. The new album is a much rockier affair, at times seemingly influenced by the better Rock albums of the 80’s. It is as though all this is the album that Chris always wanted to make.

This ten song Acoustic Session is a revelation. Backwards Compatible is such an electric album that these songs appear to take on a new life, the quality of the songwriting shines through and as Chris and I are big Rush fans, there is a nice surprise for the closer.

Thanks as always to Jim Moody for his technical excellence. You can still listen to the Caper Clowns Session on Mixcloud here. The details of our second special are below:

You can buy the Spygenius back catalogue at Big Stir and see the label's fine roster here or listen to and buy via their Bandcamp site here.