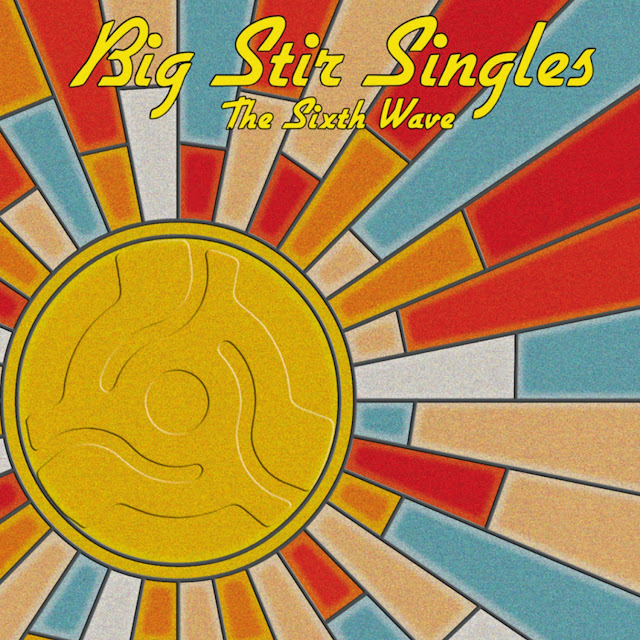 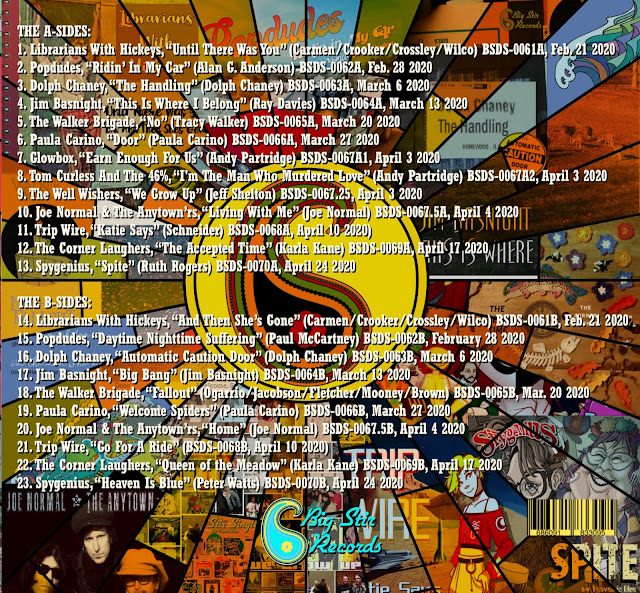 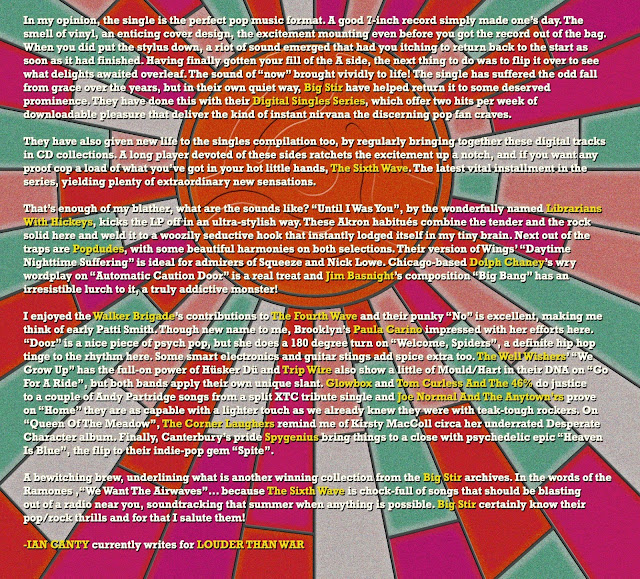 Wow! This is the sixth volume of Big Stir's Singles Collection, where does the time go? In these past few years, I've delighted in seeing the growth of what I believe is the most important label in the Pop Rock world. From humble beginnings as a monthly live event on the West Coast of America, something small and hopeful has become worldwide.

At first, to me, this was something great that was happening thousands of miles away. Really cool, but distant and my tasted and network was largely around people who had been around for years. It is a testament to both Christina and Rex that they are the most influential people, bar none, of the scene that I mainly inhabit.

As they've got bigger, they haven't changed. They don't label bands, there is no ego or wanting to be the voice of a generation. They just release great music and promote a fantastic community spirit. If they can help, they will and they are uninterested in any nonsense that should rear its head. Big Stir is about people and spirit, not about any one individual.

Indeed as I look at the track list of this latest batch of singles, I know all of the artists and I consider them friends not musicians. When I talk to them it is more about family and recent experiences, not necessarily about music. It is a real community.

I look forward to these Weekly Digital Singles every Friday, everyone is different, artists are not just from the Big Stir roster, there are many guest appearances because Big Stir wants everyone to feel a part of it and for all to prosper.

I could easily do one of my standard reviews telling you all about this, but I won't because I'd rather you listen to these As and Bs. Make Up Your Own Mind. If you do want an inkling, I've posted the Cover Notes above, written by my good friend, Ian Canty. Ian is a splendid music journalist and one of the few beacons of light in what fields like a barren UK at the moment. Musical Tumbleweed blows past all regions.

You must have heard the magnificent album by The Corner Laughers already and both Librarians With Hickeys and Spygenius have upcoming albums on Big Stir, which I look forward to with great anticipation. The sheer mix of artists and genres on show here is heartwarming.

There is so much to delight here. I can generally take or leave compilations, but these volumes feel like proper albums. An All The Music That's Fit To Play sort of thing. But I would really rather shout loudest for all that this magnificent label does for the music we love. You can start your applause for Christina and Rex......................now.


You can listen to and but the album here. The album is also available to buy on the Big Stir site here where you can learn all about the magnificence of all that Big Stir do.