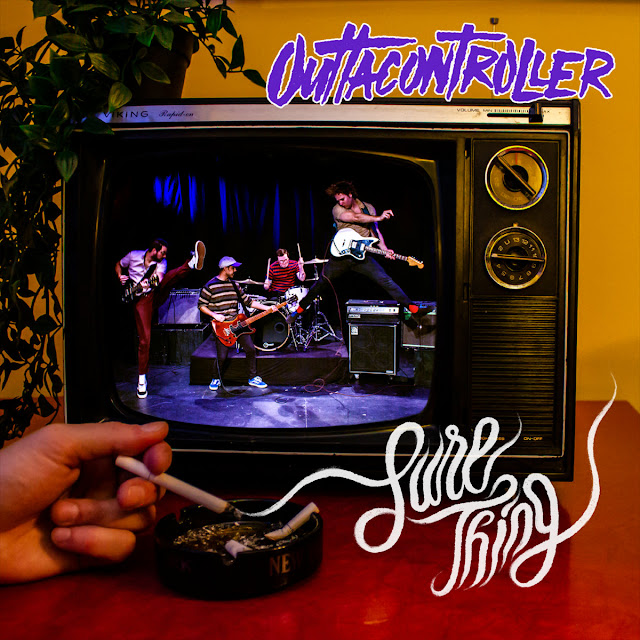 I've said this more than once, but Canada is proving the place to be for Melodic Guitar Pop lately and another example are the Halifax, Nova Scotia Quartet, Outtacontroller. It isn't that there is any reinventing of the wheel here, the band are just great at what they do.

Sure is the Album Number Three and continues the Fuzz adventure. Coming out somewhere between The Ramones and early Cheap Trick, the call and response count is high. Although I hear a lot of The Stems and The Nerves, the band remind me a lot of The Speedways.

The band get even better when they get even looser, particularly on the Chinn And Chapman vibe of You For You which has a great guitar solo diversion, proving that these fellows can play. There will also be comparisons to The Replacements, but isn't there always?

Don't Need It is another song that has Glam Rock, Glitter Band overtones, but generally the aim is heads down, singalong joy. There is also a killer single in Glassy Eyes. 10 songs in 22 minutes. Say what you want to say and get off! Wonderful stuff!

Email ThisBlogThis!Share to TwitterShare to FacebookShare to Pinterest
Labels: Outtacontroller