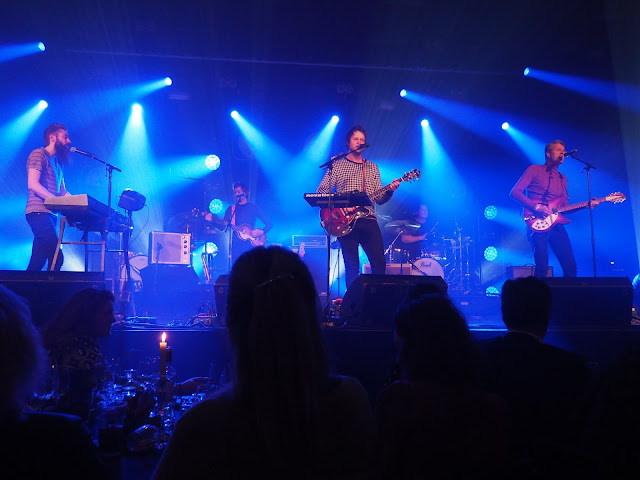 Welcome to our week long of Live Specials, recorded to mark the 100th Volume of The IDHAS Audio Extravaganza. Seven Daily shows are planned this week. Each hour long broadcast will feature up to three Live Sessions.

It is fitting that the first show features Caper Clowns. These five Danes released their debut album, The Buca Bus, in September 2016, a couple of months after I Don’t Hear Single began. I can think of no other band that best explains the type of music that I Don’t Hear A Single majors on.

The Bucas Bus was followed by A Salty Taste To The Lake in October 2018 and the third album has been  recorded. The release has been delayed due to the Coronavirus implications which has meant cancelling May’s planned tour. That release is now scheduled for September to October this year. However a new single, Bonsai Tree, is released today and you will hear that after the live session.

Caper Clowns specialise in superb Pop Rock that is not a million miles away from Crowded House.
So sit back and enjoy this splendid 52 minute set. Thanks as always to Jim Moody for his technical excellence.

Here are the contents of the first of our seven specials.