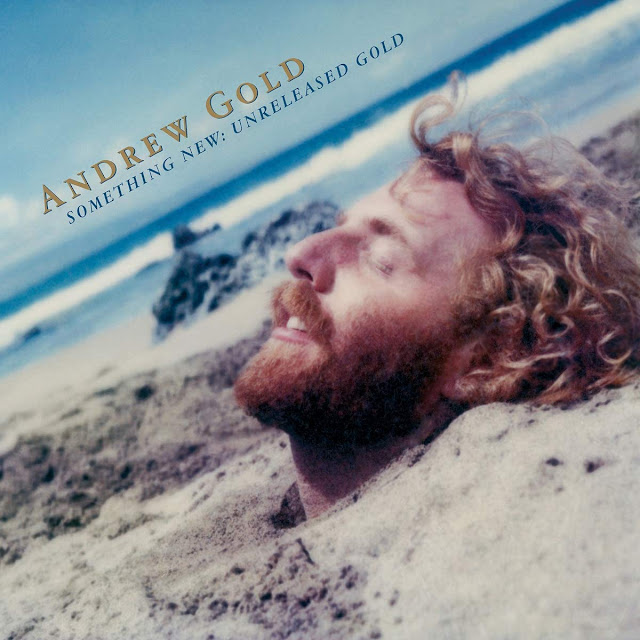 The last 12 months have seen a major revival in 70s Sounding Pop Rock, particularly Piano Pop and it is a reminder of a too easily forgotten period. Whenever there is a new spark, there is always hopefully a backward glance to the artists that these new albums are being compared to.

As I've reviewed these albums, I have found that Andrew Gold is a comparison I turn to. There has always been far more to Gold than what is seen as his second half of the Seventies heyday. Initially as a multi instrumentalist, he worked as a Session Musician with  many of the Los Angeles A listers.


At the time of these 1973 recordings, he led Linda Ronstadt's backing band and his Asylum Years stand up with any singer songwriter that you'd care to name. Not forgetting his much loved outing as Wax with Graham Gouldman, the man has seemed far more appreciated after his untimely death in 2011.

Omnivore has unearthed these recordings from two 1973 Sessions for Clover Records. They are largely demos recorded to aid getting a solo deal. Among the 16 tracks are 12 solo demos and four band versions.


Of these recordings, only Resting In Your Love and This Note's For You would make it on to his 1975 self titled solo album, both re-worked. However, there are many indications present here of what was to become, particularly on the magnificent The World Tomorrow Brings.

The demos are pretty basic, on Acoustic Guitar or Piano, the latter the most revealing and hinting at what was to come. The band versions take the talent on a pace, particularly Something New. Although there isn't a Lonely Boy or Never Let Her Slip Away here, there is plenty to enjoy. Well done Omnivore for digging these out.


You can buy the CD or Digital Download here. A 12 track vinyl version will be available for Record Store Day on 20 June. You can listen to the album here.