Tamar Berk - Start At The End 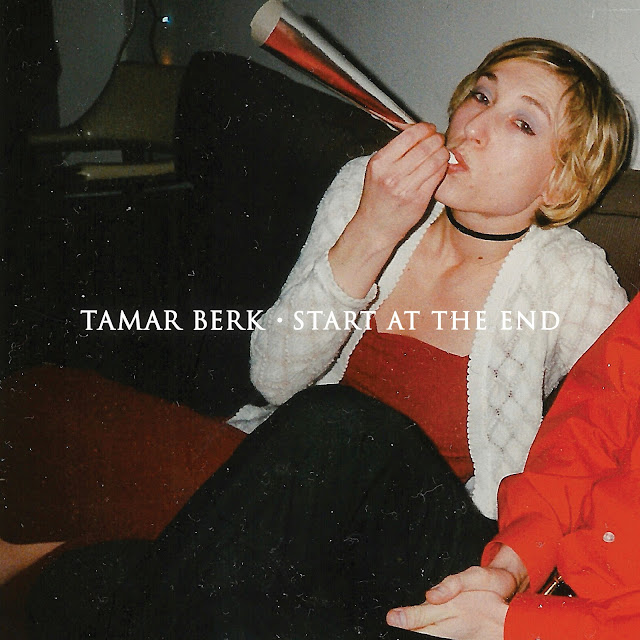 Start At The End has a real challenge and that is matching its predecessor, The Restless Dreams Of Youth, an album that rightly became a 2021 breakout album and thrilled all who heard it. You can read the I Don't Hear A Single Review here.

So the bar is set high and if anything exceeded. There is obviously a lot going on in Berk's head and the caring about the world, dealing with the death of her father and society itself reveals an incredible depth. It would have been easy to bury yourself in woe, but there's little here of that.

There are different directions taken on this follow up, but they split largely in two camps. There is the reflective, almost Aimee Mann like in the way those songs demand your attention. Then there is the Pop Rock, which allows a breakout and provides some splendid sing along moments.

I'm not sure if there is a Shadow Clues here, but Hoping This Day Won't Kill us comes very close. That is no criticism, because as a whole piece, the album actually betters what has gone before. It is a wonderfully consistent offering that gets better with repeated listens.

Alone Tonight goes all Sheryl Crow, You Already Knew just aches with melancholy and Real Bad Day breaks out into GoGo's pace, a real rock off. Wrong Information is like Enya doing Americana and Alone Tonight may just be the best song that Susanna Hoffs hasn't sung and has a real twang.

Then there is the glorious string arrangement on June Lake, it is almost Baroque, a truly beautiful listen. Lyrically deft and deep, Start At The Emd is an outstanding offering. Tamar Berk may just be the best Female Singer Songwriter around at the moment. I certainly don't hear any better.

Posted by Anything Should Happen at 19:15