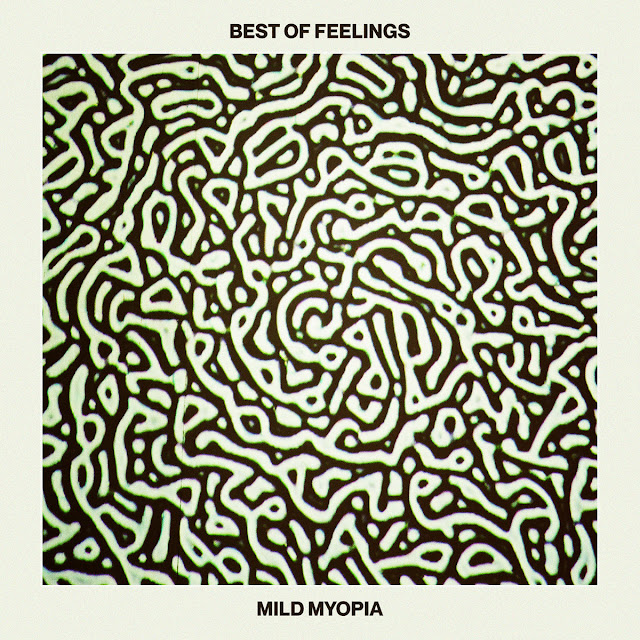 There is so much great 2023 coming in that I feel that I can't hold back compiling the Best Of 2022 list any longer. So this will be the last of the 2022 releases that could appear in the Best Of Year. I am sure that there will be others to come which is fine and there are a couple of compilations that haven't yet appeared. However the main rule for that list is that the album has to have been reviewed on IDHAS. Anything that appears on I Don't Hear A Single is Highly Recommended as you know.

So to Barcelona's Best Of Feelings who are sort of masters of Indie Pop without ever being stuck in that genre. Mild Myopia was initially planned as a random ragbag of B Sides and Outtakes, but the band felt it to be more cohesive than that and it certainly is.

This allows Best Of Feelings to demonstrate different shades of what they do. When The Air Cooks is a wonderful shuffle, more Jazzy than anything whilst sitting a sort of Windmills Of Your Mind vibe. The follow up is very different, a sort of Psych Telstar affair that is mindblowing and melodic

How To Be Free is all jaunty moodiness, yet Nowintomorrow is a mixture of Toytown, early Fleetwood Mac and 60s Euro Cinema. Xtra Virgin (Coca Cola Kisses) is splendid 80s, a little Lilac Time in feel and Seven Parts is a splendid C86 Instrumental with a driving Bass Guitar Run.

There are three Spanish Language songs amongst the 12 and for the Philistines who run from songs that are not sung in English, they are as good as all that surround them. Particularly, Zancandilla which lands somewhere between Psych and UK Beat.

The standout here is the magnificent Rabbit Hole which lands somewhere between Psych Pop and the Indie 80s, yet is great Guitar led Beat Pop. It is atmospheric, yet catchy and shows just how easily Best of Features can switch between genres.

Mild Myopia is a maelstrom of ideas, demonstrating both the inventiveness and variety in the band. There is a real tightness amongst the band, particularly rhythmically that allows the more way out ideas to be kept on a level footing. Highly Recommended!

You can listen to and buy the album here. The download is at Name Your Price, so what have you got to lose?

Posted by Anything Should Happen at 18:21

Email ThisBlogThis!Share to TwitterShare to FacebookShare to Pinterest
Labels: Best Of Feelings