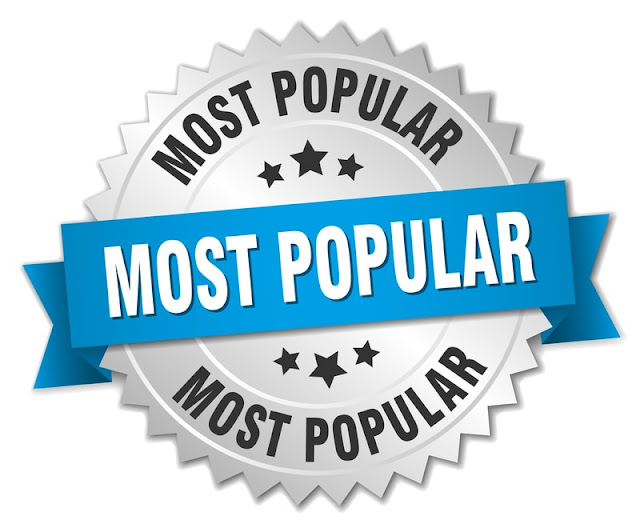 I don't often take more than a cursory glance at The Most Popular Reviews section on the Top Left Hand Side of I Don't Hear A Single. It is usually just to see what reviews are getting the most attention to see what is hitting readers / listeners most.

I also look at the place more as a door opener for artists and move on to the next great album. But I have to say that I was delighted when I paid more attention to the section this morning. My first thoughts what a great set of 10 albums that they are.

It made me realise how much I Don't Hear A Single has evolved over the past six and a half years. From initially being an intended small affair via lots of mentions as a Power Pop Blog to where it is now where I think Power Pop is just a part of what it does. It really does reflect my own tastes.

It is well worth having a look at those 10 albums to show how varied they are. It is not a Best Of Year, it is the past 30 days, the favourite 100 albums are being compiled from this weekend when the 2022 albums have finished being reviewed.

This is simply because that Best Of only includes albums reviewed on IDHAS. I kept away from a Best Of Year for a long time, having only an Album Of The Year. I'm not a great list maker at all, I've never seen the point. But I eventually gave in.

I would remind everyone that any album reviewed on the Blog is something that is recommended. I could also have gone for a much bigger list of 150 or 200, because it has been a great year, but I think I would personally lose interest if I read someone else's list that size. The year of reviews has got something great for everyone without looking at any list.

100 seemed just about right counted down in the usual format. Ten albums to a post with a link to a song and the original review. Previously these have covered five days, two posts a day. I may yet make them one post a day as 2023 albums are coming in and there are some great offerings.

As many know, I don't have Spotify or Apple Music etc. A number of reasons, but mainly because the internet connection and 4G here is so poor, one of the few downsides to living where we do. As is the audio quality. So listening to something that sounds poor and buffers isn't a fair way to review an album.

I do listen to downloads and can download those overnight. They are included and in many cases appear as much as physical releases. Personally, I don't think you can call something a Best of Year without including them despite your best intentions. I would never penalise an artist for not being able to afford manufacturing and distributing costs.

But, please have a look at the Most Popular 30 Day Selection, especially if you are an infrequent visitor. Plus I would also give a special mention to the Andy Bopp album which was the most popular review for two and a half months until recently.

Posted by Anything Should Happen at 15:00