The Flashcubes - Sportin' Wood - A Tribute to Roy Wood 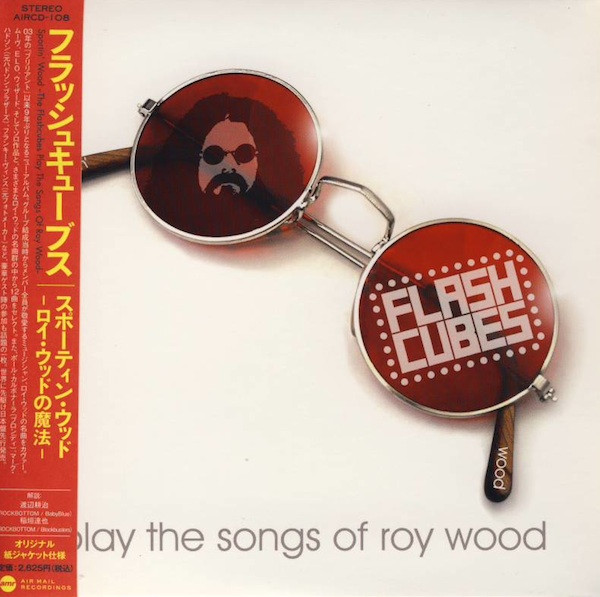 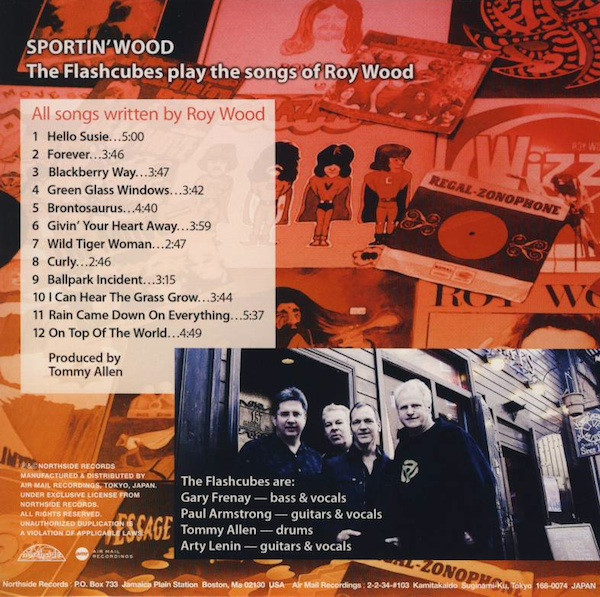 We go back to 2012 for me to remember my past. I am of course, a massive Roy Wood fan and a perennial Move bore. But I am also a Power Pop veteran of sorts. I generally shy away from Covers albums, but this is splendid.

I'd forgotten that I had this, but my memory was stirred by Big Stir's current Single series of The Flashcubes covers. The band are Power Pop greats whose career stretches back to 1977. They toured Japan promoting this and it was released on the legendary Japanese Air Mail label.

I can only think of Cheap Trick who have covered Roy Wood multiple times and it would have been easy to go for the obvious songs. But there are some real surprises here and although the versions are fairly faithful to the originals, there are some different takes on Wood's magnificent back catalogue.

There is also the technological advance sound wise, so you would expect improvement there, but in many cases the songs sound as new now as they did then. The band are obvious fans and so the results are ace. It is a joy to dig this out again

There are some songs that had to be included, particularly the likes of I Can Hear The Grass Grow, Hello Susie and Blackberry Way, but there are lots that you might expect that are not here such as See My Baby Jive and Night Of Fear.

It is the surprise covers that stand out most. The first Wizzard Single, Ball Park Incident and the similar vintage Roy Wood solo single, Forever. There are also more than expected of the later Wood career. The Helicopters years provide Green Glass Windows, a great single and Givin' It All Away, a b side of Rock City, a single that I have signed somewhere.

On Top Of The World is from Wood's mid 80s album, Starting Up, another surprise addition. The bravest take though is The Rain Came Down On Everything, a splendid song from Wood's Beach Boys influenced Mustard album.

The original featured a fantastic orchestral arrangement, here Brass takes the place of part of that arrangement and there is a great Guitar solo. The harmonies here are really good, if not as elaborate as the original.

There is a final surprise. At the end of On Top Of The World, the song breaks into ELO's Look At Me Now, thus covering the career of Roy Wood completely. Sportin' Wood is a great listen in its own right. The fact that it may turn more onto the great man whilst noting The Flashcubes is a double bonus.

The album is still available as a download at the likes of Amazon and can be bought second hand for £15 or £16, remember that it is a Japanese release. I should also have a word with Rex and Christina about talking the band into doing a cover of Feel Too Good.

You can listen to the album here. I don't know if it is on Spotify or Apple Music because welllllllllllll you know my feelings. You can find out more about the Big Stir adventures of The Flashcubes here.

Posted by Anything Should Happen at 21:05

Email ThisBlogThis!Share to TwitterShare to FacebookShare to Pinterest
Labels: Roy Wood, The Flashcubes, The Move