Collage - Over And Out 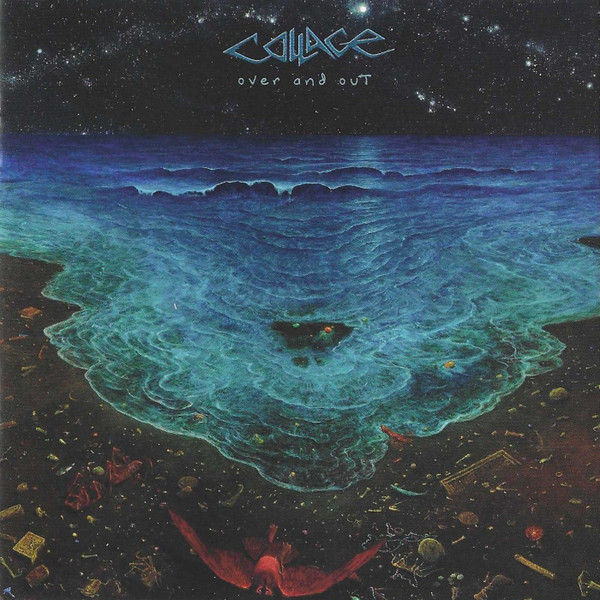 I think many of you know that I am a Prog fan, I do understand why people are not, I mean much turns me off. The old Prog can be a bit much, interminable solos, technicality lording it over melody. The more Modern Prog consists of kitchen sink productions and songs that are as dull as dishwater, songs being the wrong word, there are none.

I settle on Neo-Prog, you can admire the actual songs, revel in the chopping and changing. You can sing along and marvel at the solos, you even get the odd Power Pop or New Wave Riff. That is why I'm delighted by the return of Poland's Collage after 25 years or so. It is like they've never been away.

The sound and vibe continues from where it left off. Five Songs in 58 minutes. The title track comes in at just under 22 minutes. That may seem over the top and suitably Prog, but it is like five songs in one, a magnificent thing indeed, combining some jaw dropping arrangements with great melody.

There is such a gripping way that the material grabs you, the sheer bombast cushioned by some fantastic songwriting. Marillion's Steve Rotheray even guests on the superb closer, Man In The Middle and adds further to the instrumental joy across the album.

I have been a bit disappointed by Prog lately, largely as I search out the new (Cue loads of tips being sent to me). As a fan of Big Big Train from the beginning, I don't like the new album and if I'm honest, it hasn't been the same since Dave Gregory left. They just seem to take themselves too seriously now and the tragic loss of David Longdon leaves a big hole.

However, Prog is a much maligned genre and I'd urge people to forget their preconceptions and gove Over And Out a listen. You may find yourself pleasantly surprised. It isn't all about long hair, beards and 10 minute Drum Solos. This album is a top notch listen.

You can listen to and buy the album everywhere.

Posted by Anything Should Happen at 19:57

Email ThisBlogThis!Share to TwitterShare to FacebookShare to Pinterest
Labels: Collage