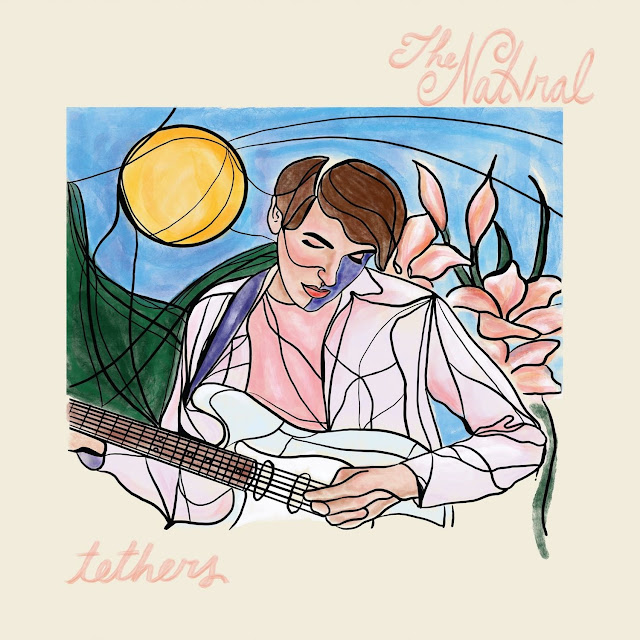 I had to double check that this was the same Kip Berman before going back to listen to The Natvral, his solo project. The Pains Of Being Pure At Heart this isn't. Gone is the Indie Alt Pop Rock to be replaced by something far more basic and retro.

The album is very pre-mumbling Dylanesque Rock built around Guitar Strumming and Organ. Berman's vocal is a cross between Bob Dylan and John Power, the sound very late 60's to early 70's. The surprise is that the album is such a splendid listen.

It could very well be that it is such a long while that we have heard songs in this style. Americana ate itself as it became more popular, too many similar sounding artists releasing albums in too narrow a field. Tethers seems to take the genre back towards bands like The Band into a laid back, meandering simplicity. Just because you can play a lot of notes doesn't mean you have to.

Never has Dylan And The Band been reflected more than in the opener, Why Don't You Come Around. New Moon has a Leonard Cohen vibe, certainly a Hallelujah feel in the verse. New Year's Night really picks up the pace and heads a bit more Pop-ward, hence the Cast comparison.

Sun Blisters has a real Brit Pop feel without leaving the template. Alone In London is a Gunslinger Ballad affair that picks up the pace halfway through. It is a sprawling six and a half minutes, but grabs your attention. There are two ways to close an album, big or reflective and this song is certainly the latter.

They say fashion comes back in style and this certainly proves that theory. This is the sort of album I used to listen to all those years ago and it is more than interesting to hear it updated and done so well. There's nothing complicated here, but that is part of the charm in all the Indie noise that surrounds me.

Posted by Anything Should Happen at 15:59

Email ThisBlogThis!Share to TwitterShare to FacebookShare to Pinterest
Labels: The Natvral