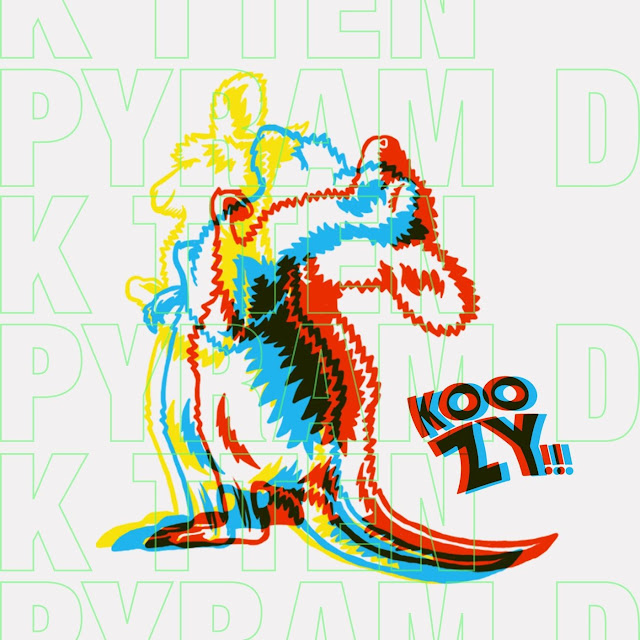 In my Pop Rock circles, I get a fair amount of ribbing about my love of Prog. I've managed to turn quite a few people on to Psych, through my constant banging on about how Pop Psych Pop is now it seems the time is right to bring Prog Pop to the table.
Kitten Pyramid are absolutely wonderful. I can't do justice to the history of the band in 18 lines. Suffice to say, they are a family and friends affair led by Scott Milligan who is an amazing songwriter. They've been helped along the way by more experienced musicians, particularly Tom Robinson who took them on Tour with him.
As a songwriter, Milligan's influences are from all over the place musically and lyrically, they focus on mental health and tinged with the sadness of the death of his mother, Yola, from Covid. This results in a mesmerising creative storm that spreads in all directions without ever losing its charm or becoming pompous and bloated.
There is a Big Big Train feel to the production, recorded at Rockfield and Konk Studios, that enhances the song quality and structure. Throughout the album there are more than hints of Neo-Psychedelia, but the emphasis is on Pop and results in one of the finest Pop Rock albums that you are ever likely to hear.
It is really hard to know where to begin describing the songs. From the Godley And Creme meets Brass Travelling Band feel of the title track to the symphonic blast of vocal harmony that is Swan Song, the album reveals something different with every listen.
In between you get the magnificent marching of Doughnuts, the splendid piano pop of Bounty and an almost Alan Price vibe on Needles. Special mentions should be made to the noisy Aunty Mabel which heads in the direction of Wire and the outstanding 7 Day Duvet.
Each of the ten songs here deserves its place on the album. There is no filler. Every offering is like an album within an album. It is official! Prog Pop is a thing and KOOZY!! will lead it into conquering all. I can't recommend the album any more highly. Superb!!!!
You can buy the album as a download for the bargain price of £3.49 here. You can find out more about the band and buy the album on CD or Vinyl here.
....................
Posted by Anything Should Happen at 14:51