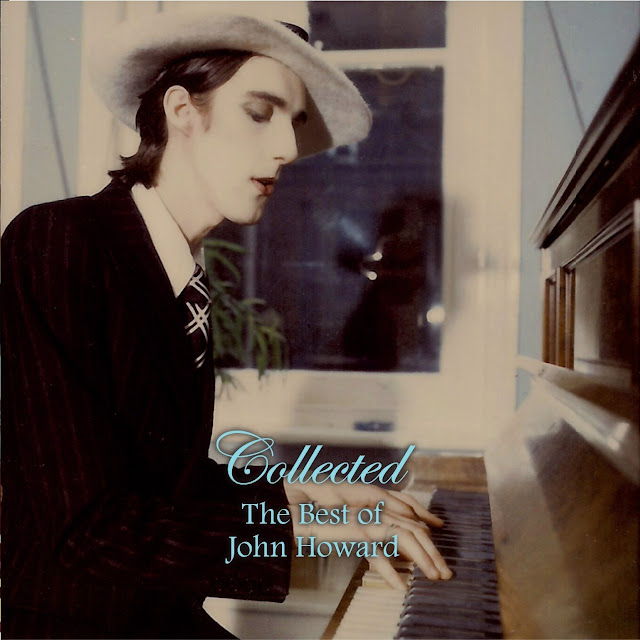 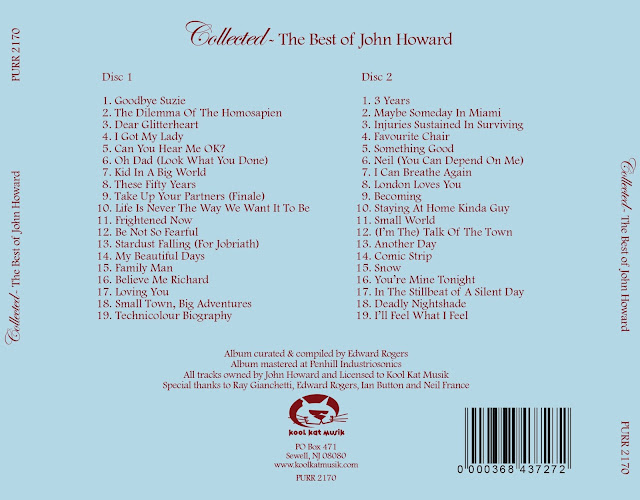 Long overdue, specially-priced 2CD career retrospective on the Kool Kat Musik Label (including a cache of previously unreleased tracks) by one of the UK’s best artists you probably never heard!

This collection will be released on 14 May 2021. The Kool Kat pre-order link is here.

UK Orders will be supplied by I Don't Hear A Single, but paid for through the Kool Kat link above. Special Arrangements have been made to reduce the postage and packing charge to 8 dollars for UK Customers. You will pay the Kool Kat rate of 16 dollars will have 8 dollars immediately refunded. Therefore the price will you will be paying is 26 dollars ($18 + $8), This is effectively £19 at current exchange rates and you also do not risk any potential UK Customs charges.

European Customers can pre-order directly from John here.  This will avoid any slight Brexit related delay, but John only has limited stock after which further European CDs will be supplied by I Don't Hear A Single. Further details will then be supplied.

This 2CD set was curated by Edward Rogers (host of The Atlantic Tunnel and quite an artist himself) who also wrote the copious liner notes.

“What happens when you meet THE SPECIAL artist who can put a thrill in your heart from a twinkle in their eye? Well in 1974, that artist was John Howard. He was discovered playing in the Troubadour Folk Club. The music world was at his feet -wined and dined at the most fabulous London restaurants, photos by THE photographer (Dezo Hoffman), clothed by the finest haberdashery in town.

He was groomed to the be the next Elton John meets David Bowie! He had the songs, looks, charisma and style, Pop music had a new contender.  As we all know, not every artist who is a star achieves commercial success and London streets are not paved in gold. That doesn’t stop a true artist from creating the precious art they were born to make.

For most artists that would break their spirit but John found a respectable way to pursue his musical career by playing London’s fashionable restaurants and piano bars. He continued to release singles, like 1978’s ‘I Can Breathe Again’ produced by Trevor Horn of ‘Video Killed The Radio Star’ fame! By the mid-80’s he had a successful career in A&R working at MCA, EMI and Universal, while still pursuing his song writing career.

Listen to these songs and feel the emotions revealed in his lyrics as the writer opens himself up and invites you into his private world. He reveals little segments of his life through each lyric. Feelings we can all relate to!  Maybe by wearing his heart on his sleeve and revealing his true feelings he has alienated some, but I believe this should be the mission of every true artist.

Unlike Scott Walker before him, John never stopped performing and entertaining in all the London cabaret and night clubs. He may not be a household name, but it doesn’t stop him from writing an amazing collection of songs.  The songs contained here are the ultimate collection of this artist’s finest work to date.

Taken from over fifty years’ work, it’s the first time John’s finest songs are available on CD in the United States!  I am honoured to have worked with John, selecting some of my faves so you can discover the magic music of his music John Howard. I hope you enjoy the musical journey.”

Further details on John and his career can be found on his website here.

Posted by Anything Should Happen at 14:53