That Mighty Bumble - A Road Not Traveled 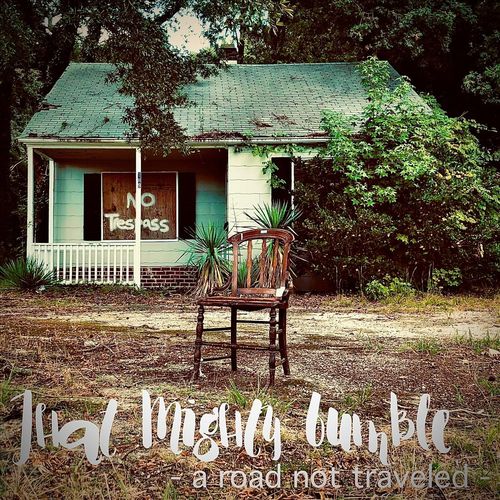 Hey you Pop Rock fans, prepare to be amazed! I certainly was. I have obviously gathered a bit of a reputation for uncovering the new, but The Mighty Bumble is new to me. When I listened and discovered that TMB are a one man band, I was just astounded.

Here is a fantastic lockdown album that isn't acoustic, doesn't want to tell us all how bad the past year has been and has an unexpectedly big production. Waynesboro should be incredibly proud of Terry Short Jr for far more than his work on the council.

It is really hard to believe that this is a debut album. A Road Not Travelled doesn't stick in one place. World In Run is great Piano Pop, Not Who I Thought is splendid Americana and Be Still My Grieving is 70's Singer Songwriter Troubadour excellence.

The closer, You Ain't Wrong, has a Tom Petty sneer about it and You reveals that big harmonies are in Stott's armoury. The album is at its best when the pace picks up. Hold On Fast fairly rips along. It reminds me of The Motors.

that mighty bumble · Hold on Fast

Get It Right is a real sing along with me, Stealers Wheel-ish. Fire is incredibly catchy with a fabulous arrangement and you'd like a bit more of this sort of thing. Honestly Honest is another crackerjack offering, the nearest you get to Short seeming angry.

The downside is the album is too long at 70 minutes. 15 songs is at least three too many and with the pace being front loaded, the album runs out of steam. Maybe 3 of the songs could have been used for future singles or B Sides. That doesn't distract though from what an overwhelmingly fine album A Road Not Travelled is. Highly Recommended!

You can listen to the album on Soundcloud here. You can stream and buy the album at one of the links here.

Posted by Anything Should Happen at 13:27

Email ThisBlogThis!Share to TwitterShare to FacebookShare to Pinterest
Labels: That Mighty Bumble