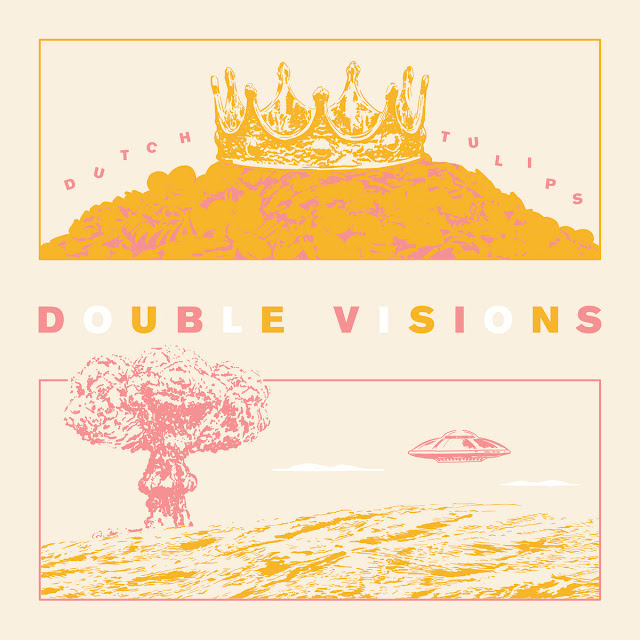 There's no doubt that the Boston Quartet Dutch Tulips are American, but at times they come across so UK. For example, Pez Mansion has a verse that is all Lou Reed in London Transformer period, but then it explodes into the catchiest chorus imaginable.

It is really hard to label what the band do, there is a slight hint of The Killers without the pomposity. They certainly hit on a riff that completely hooks you and the choruses are massive, so all the essentials are present for the Pop Rockers. But there is something more.

EMTR has an almost 60's Garage Rock feel crossed with the Indie College Rock of the 90's. Mike Holland's Vocals help to spread the variety. The odd time he can sound like a grown up Feargal Sharkey, there is a gentleness and warmth to his voice. Take for instance, Frozen Orange which has a 60's Beat fighting to get out.

Sick Middle just explodes with melodic noise, it doesn't come up for air. Disconnected is a Brit Pop riff accompanying a generally 80's Synth Rock affair. Too Late is very spacey with a Bass line that just takes over your body and the guitar solo is a real plank spanker.

The one common factor here is that there is a real storytelling chatty feel to the verses, mainly with a lot of words, that builds up to an unexpected killer chorus. The album is very Indie Guitar, but brilliantly produced which updates the sound. Lockdown has meant way too much Lo Fi, so it is refreshing to hear something sound so clear.

My personal preference are the songs that take chances, but most will be grabbed by the little anthems like Tell Me Your Codes and Stages And Phases. Double Visions is a cracking album, songs that get your foot tapping, played splendidly. A proper band album. Highly Recommended!

Posted by Anything Should Happen at 13:31