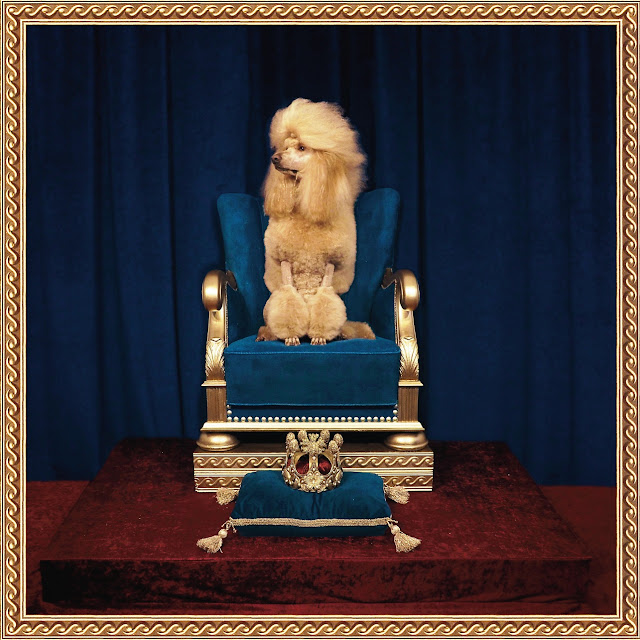 The only question about Denmark's Best Export is can their third album live up to the quality of the first two, The Buca Bus was an absolute gem of a debut album and the follow up, A Salty Taste To The Lake, was third in the IDHAS Best 100 Albums of 2018. You can read the reviews here and here.

Abdicate The Throne not only hits the heights of previous offerings, but it reveals a lot of hidden depths. Known for their Live Performances, the lockdown could have really slowed the band up, but that time has been used to play around with that they do.

This is a very different Caper Clowns album. True, there are still the Crowded House like elements that enhanced their popularity. Songs such as I'd Be Me, Space & Time and Four Letter Season fit that bill and match what has gone before.

But having five vocalists in the band was never fully utilised until now and the varied song writing of all has taken Caper Clowns to another level. Different genres are successfully tackled and the results are fascinating.

Being a band that previously rocked you gently, a song with the pace of April Fool makes you sit up, real 70's glammed up Power Pop. Be There (The Ever- Changing Tone) is pure Andrew Gold Piano Pop. The Club Of Humanity goes all 80's synth.

It doesn't end there. What She Became borders on Country Rock and the band really let go on On Your Kaleidoscope, edging towards Psych Pop, which could be the best song on the album. Under Your Command is a song that dallies with Psych Pop even more. It is almost Toy Town.

Alec In A Line is Bluegrass and the closer, Valley Of The Queens is largely instrumental with just 7 lines song. It is a gentle meandering finish, something you could imagine on a Nick Frater album. A perfect end to a perfect album.

There is more than enough here for existing fans, but more importantly, there is lots more for newcomers. I can't wait to hear these songs live. A different side to Caper Clowns is revealed here and I like it. I like it a lot!

You can listen to and buy the album by following the links here.

Posted by Anything Should Happen at 19:49