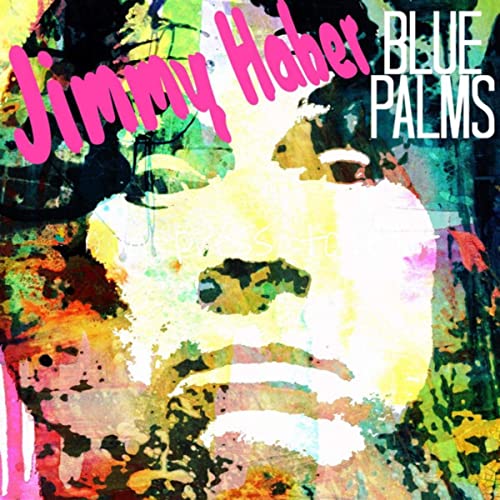 Jimmy Haber's third album was released last year and I've been meaning to cover it for some time. Recorded again with IDHAS favourite, Michael Carpenter, Blue Palms sounds incredibly positive. This is all the more surprising noted Haber's noted battle with depression during the sessions.

Haber specialises in big sounding Pop Rock bordering on Power Pop, yet he seems comfortable in whatever genre he takes on. I particularly like his forays into Psych Pop, but then again I would because there is nothing better than Psych Pop to these ears, but only when it is done well. Thankfully, Haber does it very well.

The Servants Quarters is a wonderful example of this, bordering on Toy Town Pop. However the main thing you notice is how big the choruses are and how plentiful across the album. Blue Palms rarely comes up for air, but when it does it is just as welcome. The 60's UK Beat of I Was In Love being one example.

People Prefer In That Way edges on Mod Pop and You Heard Me Thinking is almost early 60's with its skiffle like soundtrack. The album though is at its best when it blasts out on songs such as What Am I Gonna Do and Islands.

Both of those songs sound very 60s, but the production brings them more up to date. The stand out here is the wonderful, Too Long Since So Long which contains so much in the four minutes, a cross between Muscle Shoals and Psych Beat Pop with a liberal sprinkling of Sax and a killer Guitar Solo.


Blue Palms is a fine listen, heart felt and wonderfully produced. You can buy the CD here. You can listen to songs here and the streaming sites. The download can be bought from the likes of Amazon and Apple.

Posted by Anything Should Happen at 15:59