Shrug Life - Maybe You're The Punchline 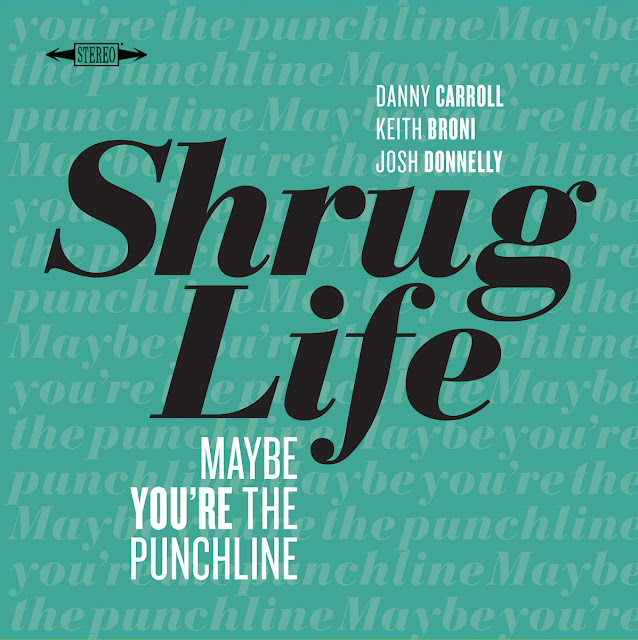 I reviewed Shrug Life's Self Titled album in 2017 here. The only surprise I have is that the follow up has had such a low key release. That 2017 promise has been fully realised and the Dublin Trio are revealed to be no flash in the pan because Maybe You're The Punchline is exceptional.

Previously I mentioned a Half Man Half Biscuit feel and that's still present in both the song subjects and sound, there's also a Morrissey vibe in the vocal. However, the band have progressed considerably and now can be compared to even loftier subjects.


At times I hear early XTC, Field Music and above all The Sugarplastic whilst there are hints of The Proclaimers about too. All of these influences are coated in a wicked self depreciating humour that is a joy to behold in these serious times.

This isn't a twee DIY Pop, there's some fine playing amongst the lashings of wit. Captain Scarlet being a fine example of this. It is a splendid noise fest. Daylight Savings gets all College Indie and Decisions is very C86 with a strong lyrical message.

November is a rock out with another great solo that leads into something that borders on Twin Guitar Classic Rock. Ghosting could be from The Jam's debut album and Art For Sale is well could be an all male B52's. Last Gasp Of Summer kicks off like early Big Country and could very well be the best song here. It certainly hits my spot. It is a revelation and could give a clue to future directions.

This celebration of the banal and pops at the nonsense may wear thin to some, but when they are dressed in such inventive arrangements and playing, I can't see why. Shrug Life are providing Indie Joy in a time when it is needed most. Highly Recommended!

You can listen to and buy the album here. You really should!