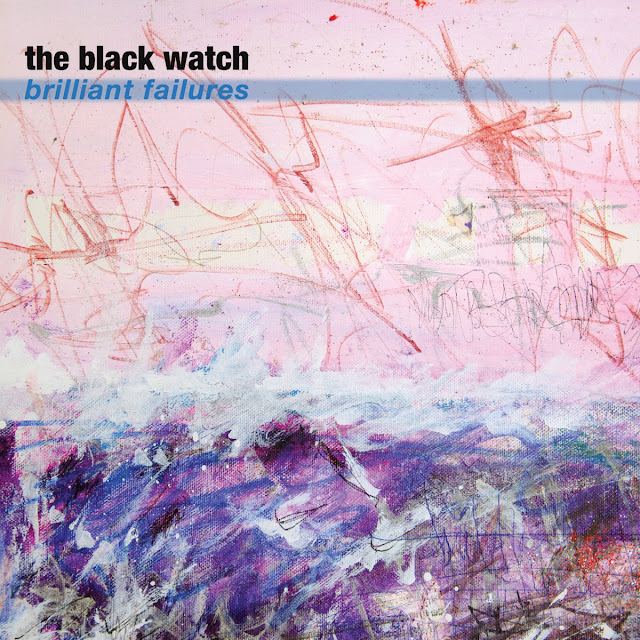 There are some musical frustrations that we all try to correct, mainly around artists that should be massive or bands that consistently get overlooked while pretenders steel their clothes and acclaim. John Andrew Fredrick fits that bill and his Black Watch adventures encapsulate this most.

17 albums into a career now in it's fourth decade and I'm still amazed at the puzzled looks that I get when I mention the band. For Brilliant Failures, Fredrick adds Scott Campbell, Rob Campanella and the influential Andy Creighton and lets go of some of the control. This works beautifully as the band feels like a proper band and the result is the best Black Watch album in a few years which is some statement.


Brilliant Failures is the sort of album, The Church should be making and perhaps would if MWP was still around. The trademark Shoegaze Psych is still an undercurrent, but this is a far more poppy affair, it certainly doesn't sound like a Los Angeles album, more Australian Psych or UK Goth, early Cult maybe, but the vocals are very Steve Kilbey.

Having said all this, The Personal Statement could be Billy McKenzie and Hodophobia is top notch Toytown Psych Pop. What I Think has a Morrissey like twee charm and is very C86, yet the keyboards could be The Cars.


All this variety is welcome, I mean the opener, Julie II, could be Tom Paxton whilst Crying All The Time is far more trademark Black Watch Psych. The stand out though is the title track. which is the most commercial that Fredrick has been in a long time. It really is the centrepiece, a heartfelt riff led poptastic affair.

17 albums in and The Black Watch are still developing. Brilliant Failures is a brooding masterpiece. Give it a listen and then kick yourself for not discovering the band sooner. I expected a lot from this album and I got it. It is also great to see the band on the excellent A Turntable Friend records. The future continues to look bright.

Email ThisBlogThis!Share to TwitterShare to FacebookShare to Pinterest
Labels: The Black Watch