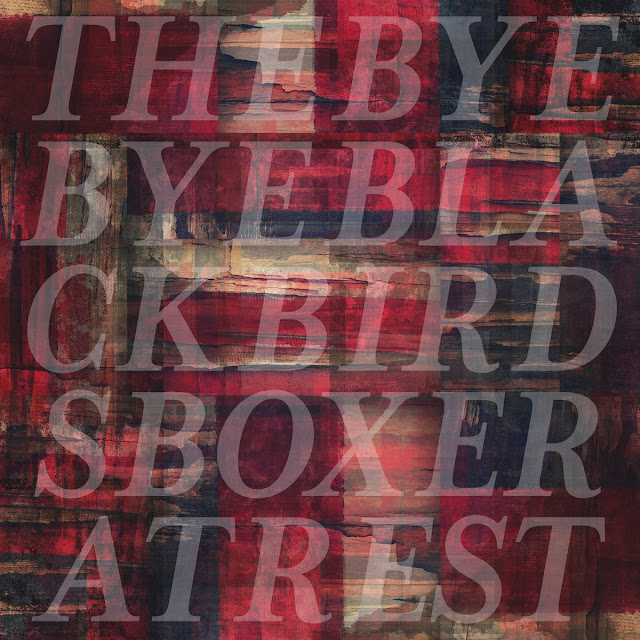 The Bye Bye Blackbirds are back with their fifth album and very welcome it is too. The band have always been labelled as Power Pop, which is not that accurate. Their feet have always been standing more in Pop Rock and on this album they stretch even further afield.

An album Produced By Doug Gillard and Recorded by Chris Von Sneidern is always going to promise great variety and Boxer At Rest provides that in spades. The near death of founder and Guitarist Lenny Gill resonates in Bradley Skaught's lyrics. Skaught reflects on loss and this is even more apt in the outside world at present.

The delay in the album's release was due to waiting for Gill to recover from his heart transplant and be fit enough to add his Guitar parts and this bonhomie shines throughout, no matter how dark the lyrics. This is a wonderful album.


You Were All Light is the standout song and that is firmly in Psych Pop Territory. Don't be fooled by the lyrical depth, because songs such as Watch Them Chime bristle along with big choruses and riffs. Baby It's Still You goes all Mavericks with the Brass in the chorus.

So True is fun packed containing a Wig Wam Bam riff and descending into a Stones-ish 12 Bar close. War Is Still Hell edges into Rock And Roll and If It Gets Light is a magnificent slab of Psych, almost 8 minutes of it. It's a revelation.

It is left to the closer, All Our Friends, to get anywhere the Power Pop that they've been labelled with. Boxer At Rest is a magnificent album, a proper album to be listened to from start to finish. It will definitely be up there at the end of year awards.

Email ThisBlogThis!Share to TwitterShare to FacebookShare to Pinterest
Labels: The Bye Bye Blackbirds