The James Clark Institute - The Colour Of Happy 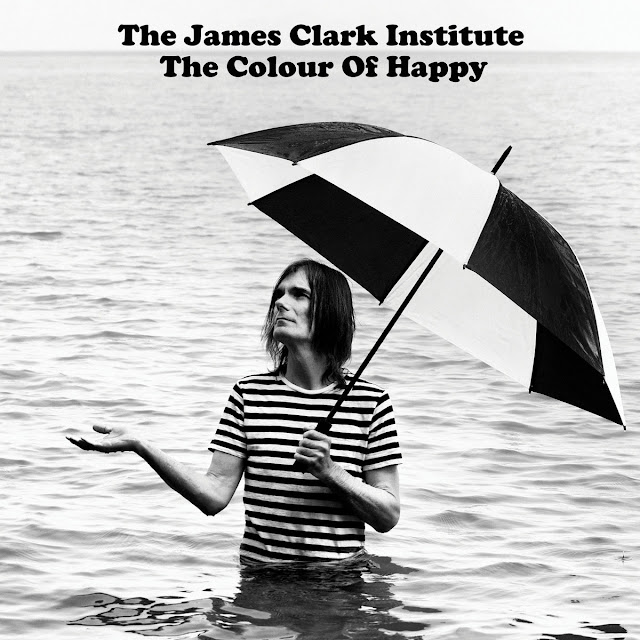 It has been suggested recently that I have repositioned I Don't Hear A Single to accommodate a much wider audience. I don't see that at all. IDHAS has always reflected my personal tastes. But any dissenters should be pleased with this review with an album that is in my "perceived" territory.

James Clark is from Toronto and he offers up an album of real Pop quality. Produced by Moe Berg from long time IDHAS favourites, The Pursuit Of Happiness, the collaboration is a marriage made in heaven. The Colour Of Happy is 34 minutes of Joy.

The album contains such confident mature Power Pop for what is only his second album. It sounds very UK, wonderfully so. At times it seems very Scouse Pop, when the Brass kicks in I think of The Ragamuffins and its great to hear the odd Farfisa run or two.

The main comparison that I come away with is Roddy Frame and Aztec Camera. There is also a lyrical excellence, not often seen in the genre. Little Powder Keg is in Squeeze territory, Should I Tell Her is a cross between second half of the 60's Pop and Pete Wylie.

Yellow (no not that one!) is great Beat Pop with Revue style backing, Selfish Portrait is jaunty Piano Pop of the highest order and Better Than I Remember is jingle jangle at its very best. The closer ventures close to Ben Folds.

This to me is one of the joys of Power Pop. An album full of hooks and choruses, beautifully performed and arranged, everything that a great Power Pop album should be. Listen to the album once and you will want to play it again and again. I'm well impressed. Highly Recommended!

Posted by Anything Should Happen at 18:27