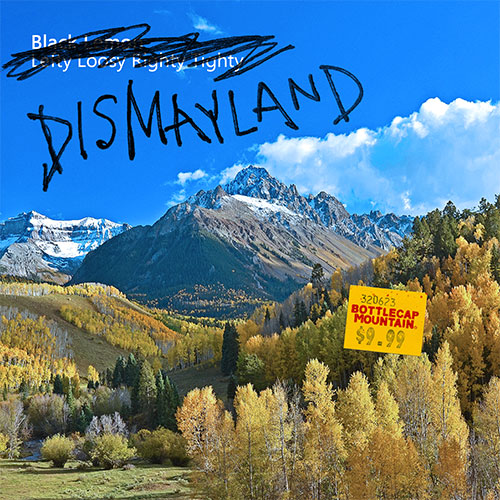 Dismayland is the fourth album from Austin Texas quartet, Bottlecap Mountain and it rocks along or I should say Pop Rocks along. Both Indie Rock (an irritating tag that captures the man, the dog and the bus they came in on) and Austin are crowded market places. Hopefully, something great will rise above the mediocre and Bottlecap Mountain seem to have it.

The hooks and choruses work beautifully in these beautifully arranged songs, but what is particularly great is the looseness of the material. This is partially exaggerated by Stewart Gersmann's top notch drawl that really matches itself to the material.


There's a looseness that's not quite as all over the place as the Black Crowes matched with an almost Van Morrison feel, not in the actual vocal, just the feel.  They could certainly do Country Rock, but rightly don't, so we'll settle on The Jayhawks at times.

Having said all this, the album opens up with a stomper in Dismayland, a real in your face blast. The pace slows a tad after this, but it's still all at pace. This allows the band to show what they can do. For instance, King Of Almost is wall to wall Power Pop with a splendid Cars like Keyboard break.


The stand out here is the magnificently moody The Big Sleep, it is a crackerjack of a song. Golden Heart even veers into a Deacon Blue vibe, particularly in the chorus. Compliments And Such is a fine Jangling Pop song.


Dismayland is a fine fine listen. A step away from those never ending love songs. Wonderfully unconstricted, these are ten songs to sing along and toe tap to. It's a really accomplished set of songs. You will be delighted to have this album in your collection.


You can buy the album via the band's website here and everywhere else. You can listen to the album here.