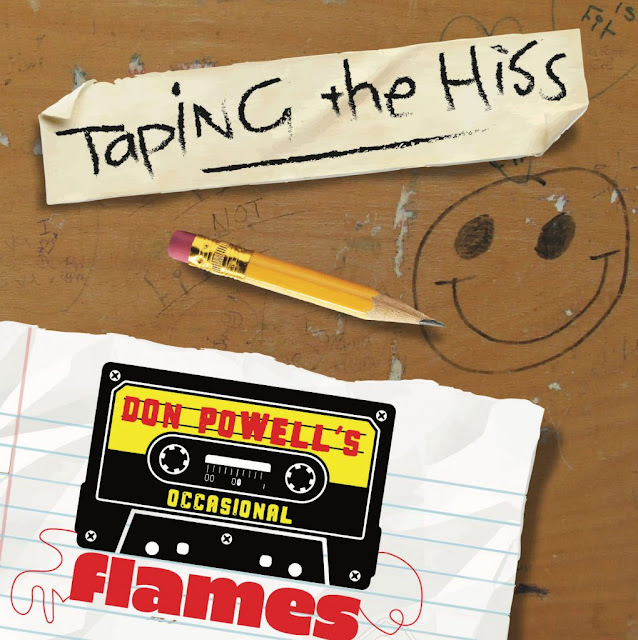 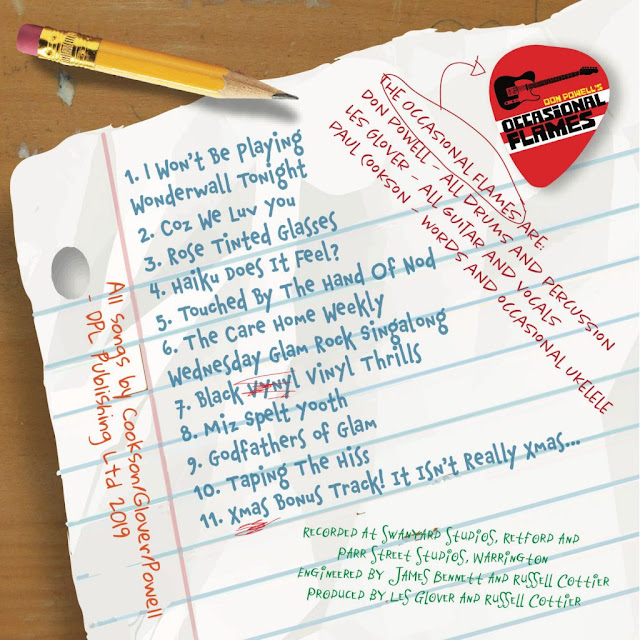 Les Glover is a top feller, one of the nicest musicians that you could meet and someone who shares the same sense of humour. We live close to each other, but don't meet up nearly enough. He didn't even charge me rent for storing my coat for two years. As well having played with a list of famous names, for the past six years Les has been one half of a duo with Henry Priestman of Yachts and The Christians fame. Their Live reputation is stupendous, a mixture of great songs and lots of laughing. Their shows sell out.

Don Powell is no stranger to us all, Slade are part of mine and most I know's youth. He was also part of the excellent  QSP, with Suzi Quatro and Andy Scott. The trio is completed by Everton Poet, Paul Cookson who is also responsible for Retford's Pies, Peas And Performances, a series of music events that come up with some all star headliners.

Taping The Hiss is a 37 minute mix of songs and poetry, all performed with a large helping of wit. I Won't Be Playing Wonderwall Tonight stands up as a fine song in it's own right, as well as the lyrical digs bite. The Care Home Weekly Wednesday Glam Rock Singalong is another wonderful mix of humour, nostalgia and tunesmithery. Godfathers Of Glam is a Northern Parklife with sparkling lines such as The Clampetts of The Chorus.

Coz We Luv You is a wonderful pastiche of Coz I Luv You, a Glam joy in it's own right that even contains a Jimmy Lea like Violin break. Rose Tinted Gigs is a splendid nostalgia driven 70's sing along. There's also a bonus Christmas Song, It Isn't Really Christmas, Until Noddy Starts To Sing. Now, I know many of you know my feelings about Christmas songs, but this is quite dandy and released as a limited 7 inch single this week.

Let's make this clear, although the album is essentially a celebration of Slade and all things Glam Rock, it is no comedy album. The songs are fine listens, the lyrics have depth behind the barbs and humour. It doesn't take itself seriously, no bad thing in these days. You can find out more about the trio here.

You can buy the album and other merchandise here. Following either of those links takes you to the band's website which has demos from the album for you to listen to. You can also buy the single or download the EP at Amazon here or listen at the likes of Apple Music.