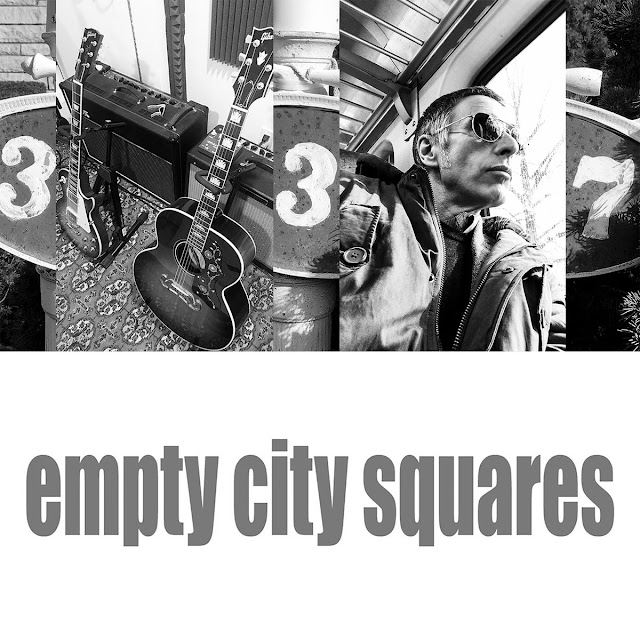 There's something of a Pop Rock Fightback in the UK in 2019 and even more pleasing is that it is female led. With the writing of Julie Fowler and the Radio Shows from Kathy Barham and Beth Dobson, it longer feels like I'm shouting in a vacuum. I feel a bit like the Charlie to these Angels, perhaps more Bosley. Look out world, the guitar isn't dead.

Beth started her new NWR show on Sunday, you can find details here. I listened to the show, applauding and Beth played three songs by Empty City Squares, an act that I'd heard of, but not gone much further. Silly old Don!

Empty City Squares is New Jersey's John Fotiadis and his latest album, 337, was recorded over a 7 year period. It's a very anglophile affair, at times reminiscent of the much better and less observed Pop end of Brit Pop. It is a melodic masterpiece, smack bang in the territory that we reside.

Brit Pop's better bands nodded heavily to the great Pop Rock artists of the 70's, 337 does the same. The excellent Slip Into A Daydream sounds a bit like John Miles fronting a Psych Pop band, A Conversation With The Sun is pure Andrew Gold. My Name Is Nobody could be Liverpool Express.


Nothing Got In The Way starts with a Cult like riff and morphs into a hint of jangle psych. It's Your Day is 60's Mod UK Beat and the big closer, Talk About The Weather is a six minute anthem that breaks into a riffaholic close. Campaign Song is another stand out song, anti politics, it is spot on McCartney in jaunty mode.

I'm reminded of the likes of Octopus, Straw and Superstar. All three are bands that should have been much bigger. Here's hoping that Empty City Squares break out in a way that these bands didn't. 337 is an album that demands your attention. Pop Rock of the very highest order.

You can listen to and buy the album here.  You really should!