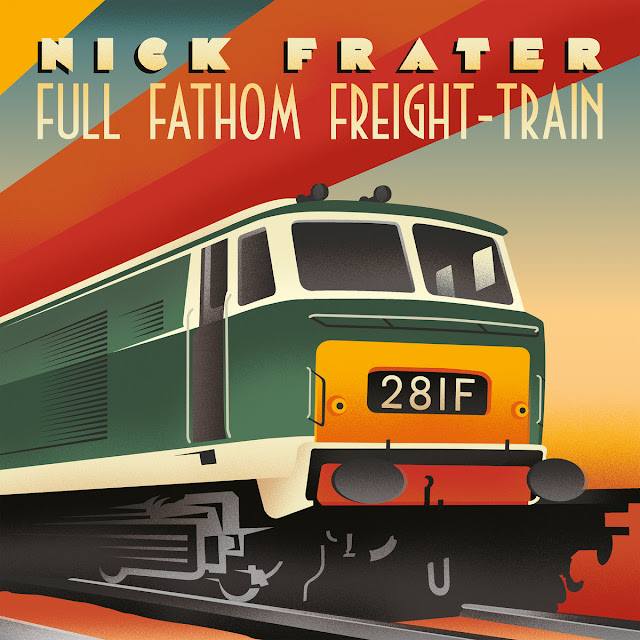 OK! I've hung on to this for a long time. I've been bursting to tell you about it for months and held back waiting for the release date. Then that day arrived and I thought again. I decided to hold back. Not because it isn't wonderful, because it is, of course it is. But I wanted to allow other reviews to get out and about, before I expressed my thoughts.

This is simply because I consider Nick to be a great friend and quite a few know that. So I didn't want my review to be tainted with a "you would say that wouldn't you" tint. I've said in the past that if I Don't Hear A Single was an album, it would be a Nick Frater album and Mr Croydon doesn't let up here.

The man is a walking Jukebox. He's already probably two albums ahead of this. You just can't stop the pop. 2018's Goodbye Kayfabe was in IDHAS's Top 10 Of The Year as well as on many other lists. You can read that review here. Now Frater ups the ante with these 10 pop nuggets.

I consider Nick Frater to be one of the great singer songwriters of our age. If this was the 70's, he'd be selling millions, living in a castle with a pile of coke. Too many write about how awful their life and times are. I'm told it's much easier to write a sad song than a happy one. Well some work must have gone into this one.


My favourite song on first listen was What Does Good Look Like? It still is. It is Gilbert O'Sullivan in feel with full on harmonies, it is classic mid 70's stardust. But it is surrounded by top quality. Sunshine After Rain is west coast sea side Wilson-esque, Mermaid Street is pure Streets Of San Francisco and Your Latest Break Up Song is in Bay City Rollers territory.

There's a killer Pilot like riff that opens up the show stopper that is Holding On To You. There's even Disco Pop on The Getaway with a couple of superb Guitar Solos to boot. What is most noticeable most is that Frater stretches his vocals even further here. This adds a new dimension to the continued excellence in his arrangements. Full Fathom Freight-Train is a fun packed journey, an essential listen, a must have.

You can listen to and buy the album here. You can also buy the Vinyl Edition there. The CD is available on the always excellent Kool Kat label here.