The Fast Camels - Full Of Strange 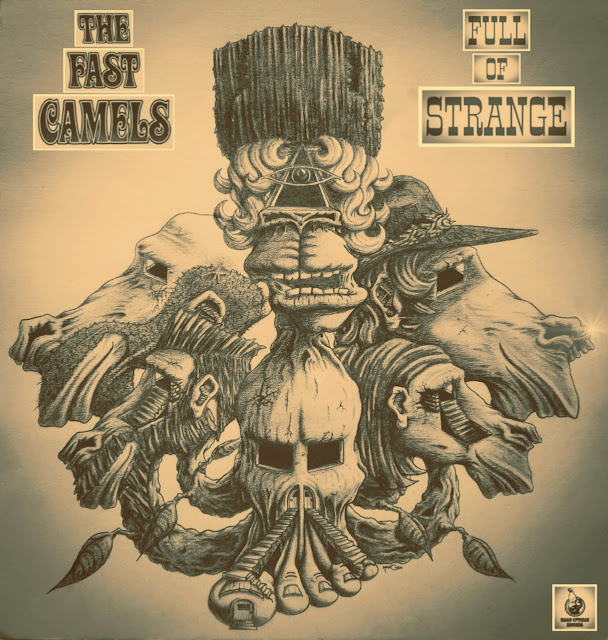 The past decade or so has been a fine one for Scottish bands. Where as in the past when you heard Glasgow, you thought this'll be TFC or C86, the 10's have been about variety and what has developed most is Psych Pop. Not all of it fits in with the genre, but most feels very second half of the 60s.

Bands like The Wellgreen with the Kidd and Marco Rea offshoots, The Vapour Trails and The Fast Camels. The Glasgow five piece specialise in a Psych led Freakbeat, that is more in common with the Medway scene than North Of The Border.

The Psych isn't far out man, more in keeping with Jefferson Airplane and Love, but when it expands out, it can shred, particularly on a song like Misty. Whereas Misty hints at the five piece's Live Circuit excitement, this is counterbalanced by the Toyshop quality of The Wedding, which again adds some stunning Guitar that breaks out.


Contrast the Bily Fury vibe of Sordid Dreams with Don't Know Where To Begin which could be late 60's The Who. Family Tree is Keith West fronting Bike era Pink Floyd. The band even have a dablle at being Simon And Garfunkel on The Curious Tale Of Peeping John Foley.

Blissful Serenity and Full Of Strange are more in keeping with that Medway feel and on similar territory as say Groovy Uncle. However, my pop sensibilities direct me to the splendid Honeymoon and I'd add that Statue On The Hill is a fine brooding album closer. On the latter, I can't help thinking The Who and Tommy.

The Fast Camels know their strengths, but that doesn't prevent them from going off on tangents and when they do, the talent oozes out even more. Full Of Strange is a fine album and would be a welcome addition to any music fan's stocking.


You can buy the album and find out more about the band here.

Email ThisBlogThis!Share to TwitterShare to FacebookShare to Pinterest
Labels: The Fast Camels