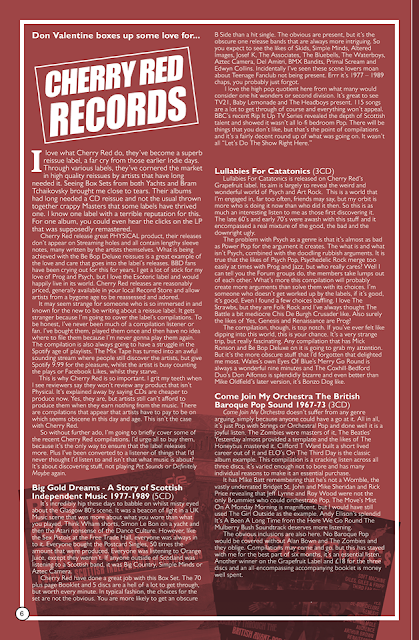 I'm currently finishing some stuff for the new Big Stir Magazine, a wonderful addition to the News Stands. So I thought I'd end the month by republishing my article in the last (current) issue. It'll make a change you reading about the old, rather than the new.

This is just the review excerpt of three of the excellent Cherry Red article. As you can see from the image above, it was a longer piece in the magazine. 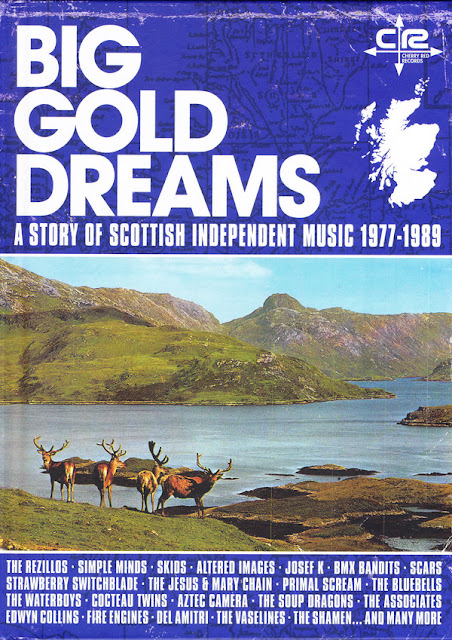 It’s incredibly hip these days to babble on whilst misty eyed about the Glasgow 80’s scene. It was a beacon of light in a UK Music scene that was more about what you wore than what you played. Think Wham shorts, Simon Le Bon on a yacht and then the Atari nonsense of the Dance Culture. However, like the Sex Pistols at the Free Trade Hall, everyone was always in to it. Everyone bought the Postcard Singles, 50 times the amount that were produced. Everyone was listening to Orange Juice, except they weren’t. If anyone outside of Scotland was listening to a Scottish band, it was Big Country, Simple Minds or Aztec Camera.

Cherry Red have done a great job with this Box Set. The 70 plus page Booklet and 5 discs are a hell of a lot to get through, but worth every minute. In typical fashion, the choices for the set are not the obvious. You are more likely to get an obscure B Side than a hit single. The obvious are present, but it’s the obscure one release bands that are always more intriguing. So you expect to see the likes of Skids, Simple Minds, Altered Images, Josef K, The Associates, The Bluebells, The Waterboys, Aztec Camera, Del Amitri, BMX Bandits, Primal Scream and Edwyn Collins. Incidentally I’ve seen these scene lovers moan about Teenage Fanclub not being present. Errr it’s 1977 – 1989 chaps, you probably just forgot.

I love the high pop quotient here from what many would consider one hit wonders or second division. It’s great to see TV21, Baby Lemonade and The Headboys present. 115 songs are a lot to get through of course and everything won’t appeal. BBC’s recent Rip It Up TV Series revealed the depth of Scottish talent and showed it wasn’t all lo-fi bedroom Pop. There will be things that you don’t like, but that’s the point of compilations and it’s a fairly decent round up of what was going on. It wasn’t all “Let’s Do The Show Right here.” 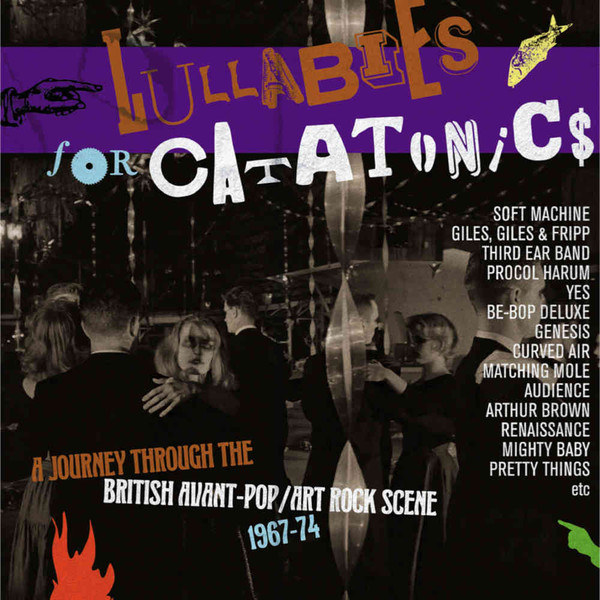 Lullabies For Catatonics is released on Cherry Red’s Grapefruit label. Its aim is largely to reveal the weird and wonderful world of Psych and Art Rock.  This is a world that I’m engaged in, far too often, friends may say, but my orbit is more who is doing it now than who did it then. So this is as much an interesting listen to me as those first discovering it. The late 60’s and early 70’s were awash with this stuff and it encompassed areal mixture of the good, the bad and the downright ugly.

The problem with Psych as a genre is that it’s almost as bad as Power Pop for the argument it creates. The what is and what isn’t Psych, combined with the doodling rubbish arguments. It is true that the likes of Psych Pop, Psychedelic Rock merge too easily at times with Prog and Jazz, but who really cares? Well I can tell you the Forum groups do, the members take lumps out of each other.

What’s more this compilation will probably create more arguments than solve them with its choices. I’m someone who doesn’t get worked up by the labels, if it’s good, it’s good. Even I found a few choices baffling. I love The Strawbs, but they are Folk Rock and I’ve always thought The Battle a bit mediocre Chis De Burgh Crusader like. Also surely the likes of Yes, Genesis and Renaissance are Prog?

The compilation, though, is top notch. If you’ve ever felt like dipping into this world, this is your chance. It’s a very strange trip, but really fascinating. Any compilation that has Mick Ronson and Be Bop Deluxe on it is going to grab my attention. But it’s the more obscure stuff that I’d forgotten that delighted me most. Wales’s own Eyes Of Blue’s Merry Go Round is always a wonderful nine minutes and The Coxhill-Bedford Duo’s Don Alfonso is splendidly bizarre and even better than Mike Oldfield’s later version, it’s Bonzo Dog like. 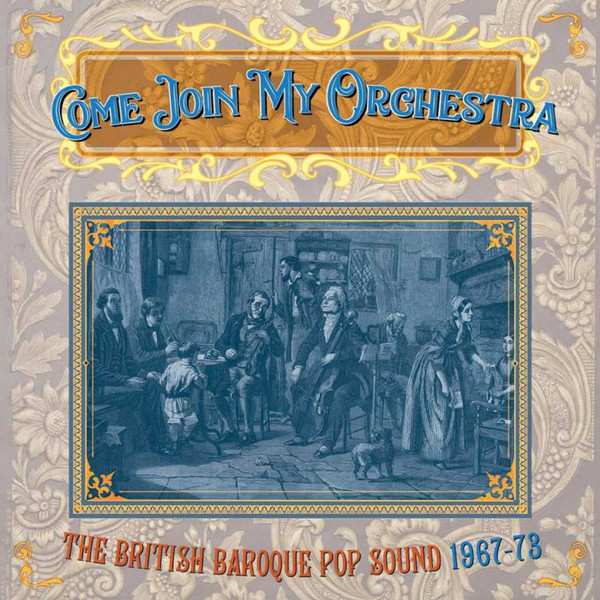 Come Join My Orchestra doesn’t suffer from any genre arguing, simply because anyone could have a go at it. All in all, it’s just Pop with Strings or Orchestral Pop and done well it is a joyful listen. The Zombies were masters of it, The Beatles’ Yesterday almost provided a template and the likes of The Honeybus mastered it. Clifford T Ward built a short lived career out of it and ELO’s On The Third Day is the classic album example.

This compilation is a cracking listen across all three discs, it’s varied enough not to bore and has many individual reasons to make it an essential purchase. It has Mike Batt remembering that he’s not a Womble, the vastly underrated Bridget St. John and Mike Sheridan and Rick Price revealing that Jeff Lynne and Roy Wood were not the only Brummies who could orchestrate Pop. The Move’s Mist On A Monday Morning is magnificent, but I would have still used The Girl Outside as the example. Andy Ellison’s splendid It’s A Been A Long Time from the “Here We Go Round The Mulberry Bush” Soundtrack deserves more listening.


The obvious inclusions are also here. No Baroque Pop would be covered without Alan Bown and The Zombies and Cherry Red oblige. Compilations may come and go, but this has stayed with me for the best part of six months, it’s an essential listen. Another winner on the Grapefruit Label and £18 for the three discs and an all-encompassing accompanying booklet is money well spent.