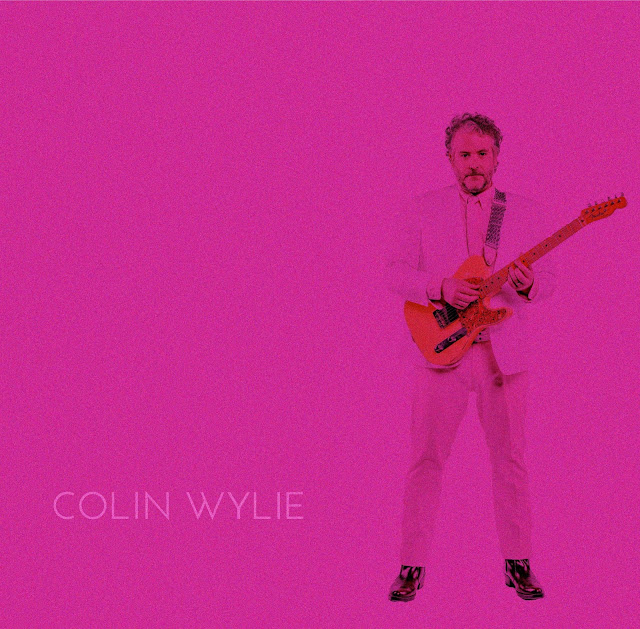 Ontario's Colin Wylie was the drummer for Blinker The Star in those early glory days. More recently, he can be heard in Hinterlandband, an excellent gentle Folk Pop affair, far removed from the noise of those 90's days.

Now out of the blue, or pink, comes Wylie's debut solo album. Looking every inch, a Flaming Lip, on the front cover, not only is the album a surprise, it's also ridiculously versatile. It sounds like he wants to get out every different idea out to the great unwashed.

He succeeds in this, not because of all these directions, but because these songs are deeply original. The album has a foundation of great left field pop. When it does veer off, and it does, it is brought back to earth with another top Pop offering.

There are ten songs in these 34 minutes, three are instrumentals. one of which, Georgia May, is a reminder of Hinterlandband. Don't be put off by the lack of words, Surf Wawa is like a Miami Vice chase seek and capture soundtrack. These other seven songs have words aplenty.

The album is held together by two magnificent wit laden Pop Songs. Pop, Chips And A Bardown is a masterpiece in catchy with killer lines (Weekend Weekend, We Stay Up Till Ten) and ends with a wonderful tempo change. Back On Your Feet Again is top notch 70's Singer Songwriter Pop Rock.

Something Else has a hint of Orgone Box, Can't Stop The Havelots is in Prince P Funk territory. Then there's The Closer an aching Ballad that morphs into a McCartney-esque harmonic close. Have no doubt that there's a lot to take in here, but it is so worth it. Mr Wylie, you appear to have a solo career! Don't leave it so long next time.


You can buy the album as a download or Vinyl and CD here. You really should! You can listen to it on all the streaming sites including Apple Music here.