Dan Luke And The Raid - Out Of The Blue 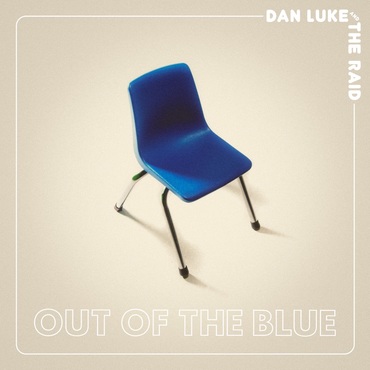 When you are in your 20's, life should be messy, you haven't been trained for this, so you mix being popular with being an obnoxious tosser. It is about friends learning together. Alternatively, you could be in the UK, grow a beard, wear a woolen hat, talk about how great it is to be vegan and playing the latest War On Drugs album on your Crossley Record Player.

Thankfully, Dan Luke And The Raid choose the former and here we are told all about it. Out Of The Blue is a slightly messy affair, gloriously so, but it is also wonderfully melodic in it's absolutely charming lo-fi way. It's full of unexpected hooks and big choruses.


The stand out song is Disco Is As Disco Does, a killer chorus accompanying a UK New Wave verse. It's the constant tempo changes that makes the album so damn interesting. The despair in the verse of Golden Age breaks into a sort of Lounge Lizard chorus.

The opening and closing songs on the album reveal the inventiveness. Farrah Mantra is C86 Psych, Last Goodbyes is moody twee indie par excellence. This Kentucky four piece have come up with an outstanding album. It's captivating. Out Of The Blue may be all over the place, but delightfully so. What a great listen it is.

Email ThisBlogThis!Share to TwitterShare to FacebookShare to Pinterest
Labels: Dan Luke And The Raid - Out Of The Blue