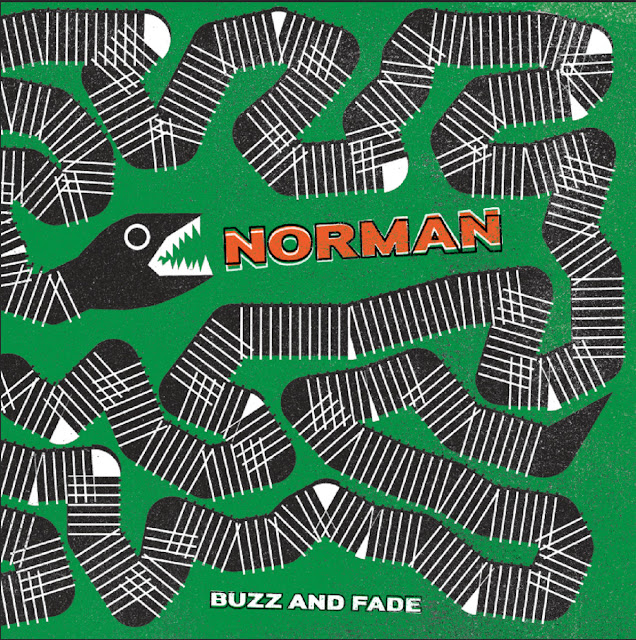 I've been telling everyone who would listen about how great this album is for the past month or so. I figured that I'd better tell you lot now. Norman have been around for quite some time, this is their fourth album and hopefully the one to hit pay dirt. The frustration kicks in here.

There are a few reviews of Buzz And Fade on the net and virtually every one says the same, obviously cut and pastes from some PR piece or Blurb. It's hard enough for bands to get their art to an apathetic or permanently busy audience. So if you are going to write something about it, show some interest in telling people why you like it, instead of the "Will This Do?" laziness.


An album as good as this deserves your thought and time, you need to listen to it properly. In their own small way, Norman have changed direction slightly. The songs here are even more focused, more complete and even more varied and it works beautifully. There's less focus on trying to write an anthem and this seems to have allowed the band to stretch out.

It's been six years since the Portland Oregon five piece released Into The Eventyr and Buzz And Fade has been well worth the wait. Hell You Are is an absolutely fantastic song. If Andy Partridge had wrote it, we'd be falling over ourselves to knight him. The fact that it is the ninth of the ten songs on show reveals how splendid the album as a whole is. Make No Bones about it, everyone should give it a listen.

The focus here is Indie, but not We Rock or We Think Indie. The feel is definitely more Brit than American. The nods to UK New Wave and Scottish Angular Pop are present too, but these fellas can play. Crystal Memory is so damn catchy and that catchiness runs through the old album. Already Gone has a great synth run, the song reminds me of the Pop element that was hidden away during Brit Pop.

A rhythmic song such as Nothing I Could Do is very Sugarplastic and contrasts well with the Noise Rock of Bindmender., which has a real Prog like keyboard run that duels with the lead Guitar. Easy To Love is pure Mitch Easter and My Old Ears is great Power Pop. The closer instrumental, Second Day Of Spring has a real Glam Rock stomp,

I really urge you to listen the whole album. Norman may have been around for 15 years or so, but this album sounds as fresh and exciting as a debut and that's its beauty. Buzz and Fade is up there for my Album Of The Year, it's certainly Top 10. It is an incredibly fine listen.


You can listen to and buy the album here. You should do both.

Email ThisBlogThis!Share to TwitterShare to FacebookShare to Pinterest
Labels: Norman