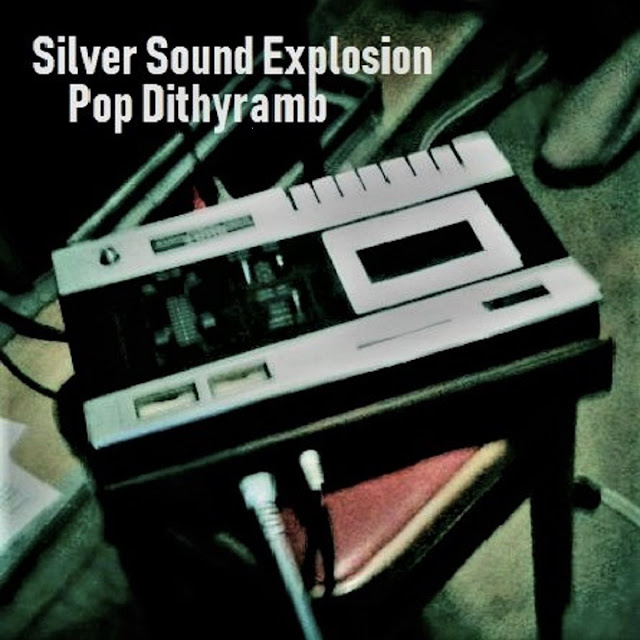 It was Brian Bordello who turned me on to Silver Sound Explosion. Brian and I have a lot in common and know what each other will like. We also both come from the Industrial Wasteland  Pound Town that is St. Helens. The older brigade still can't get over the town changing counties from Lancashire to Merseyside, where as I like to look at it as the county of Nowhereshire.

There will be more news about Brian's solo musical adventures early next year, but first to Silver Sound Explosion, a Manchester band that recently reformed. Pop Dithyramb gathers ten of their earlier recordings and they are well worth a listen.


Ben Fuzz is something of a lost pop genius. He can certainly craft a catchy affair, there are some splendid choruses here. This is very much a Lo-Fi DIY affair, wonderfully so, there is a 60's feel to the songs, but more so a real Jonathan Richman And The Modern Lovers vibe.

There's also more modern comparisons, certainly a rocked up R. Stevie Moore, even Ian Broudie's solo album. There's also plenty of nods to the early 80's Postcard days in Glasgow. There is real with in the lyrics and some inspired rhyming couplets. However, it's the choruses that grab you most.


I wouldn't want the lo-fi description to put you off, because Pop Dithyramb is fine Bedroom pop, inspired at times. Recorded in Fuzz's Manchester Back Room, it really is a cracking listen. There's an array of percussion and some fine guitar riffs amongs the sing alongs.

The twang of Your World could be a single, Telephone Wired is Chinn and Chapman locked in a cupboard and Sidekick is almost a Bubblegum Shuffle. Kicks is noisy messy Garage Rock and the closer, Space Kid is a melancholic beauty. The band will be gigging around Manchester and the North West Soon. You can record Coronation Street and go and watch them.

You can listen to and download the album FREE here.  It will cost you nothing and take up a few minutes of your time. You can tell all your friends that you support new music. How good will that feel?