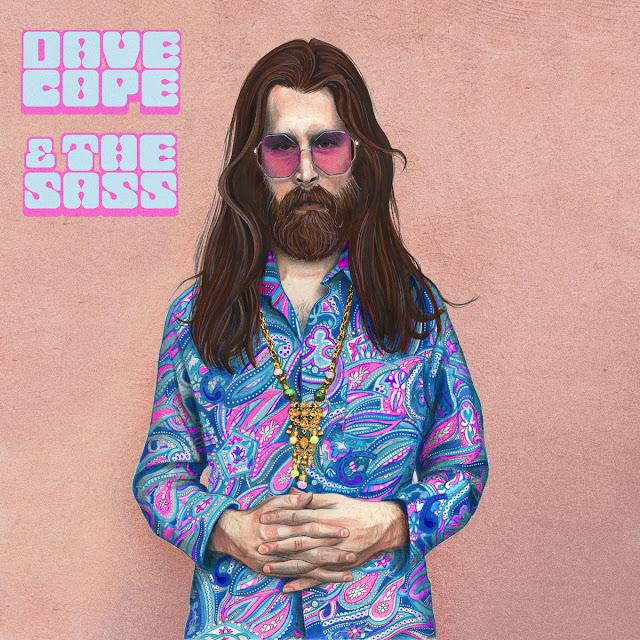 I often joke about living in 1974, I mean I even walked to the shop this week, but this is more an ambition than a policy. Philadelphia's Dave Cope And The Sass are convincing me even more that this idea should be developed further. Afghan Coats and Shang-A-Lang's all round everyone!

Cope has been around for a while. He was first mentioned to me about a decade ago and A Proper Record. his 2014 album as Davey Cope And The English Breakfast is recommended. His previous recordings can be found here and I urge you to visit there.


Dave Cope And The Sass is essentially recorded as a three piece with Fred Berman and Ethan Rider, although it sounds much bigger than a Guitar, Bass and Drums Trio. This is Cope's most focused work yet and yes it is essential 70's.

I refuse to get involved in the Is It Power Pop nonsense, but if Badfinger and Raspberries are, then this is, although to me it's all splendid Pop Rock. I played My Way Out on a recent Audio Explosion and there was lots of applause, although there's more The Sugarplastic, maybe XTC, about the song, it is an absolute 4 minute gem.


The closing Ballad, From The Moment has hints of Andy Partridge, think This World Over. but overall the album is a magnificent celebration of the 70's. Bring My Whole Day Down is essentially ELO without the strings and Show Your Love, a trippy Argent. Living In The Middle is pure Christie.

High is a real harmonic Pop Rock show band "yeah man" sing along. But it is the Five And A Half Minute Opener, Seeing Things that grabs me most. Not a second is wasted, from the Beach Boys choral opening to the happy clappy verses to the foot stompin' chorus. It's a sort of Folk Rock gem. Not the most obvious opener, but it is inspired, all the way to it's uplifting end.

This self titled album is wonderful, absolutely essential, it'll knock your socks off. Now I wonder if those Flares still fit me. You can listen to and buy the album here.

Email ThisBlogThis!Share to TwitterShare to FacebookShare to Pinterest
Labels: Dave Cope And The Sass