No Buses - Boys Loved Her 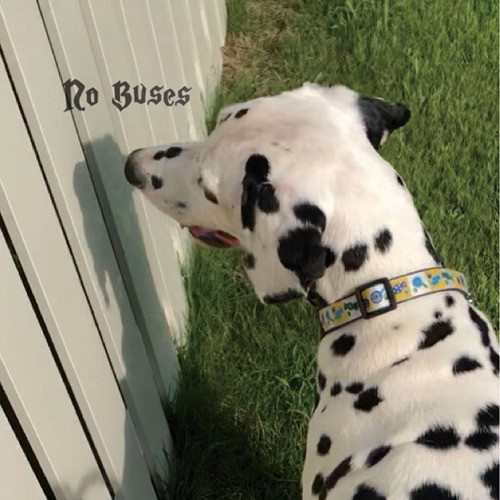 Whenever Japanese Guitar bands are mentioned, people immediately think of twee and Manga. Maybe even copy Beatles bands. I've even heard people ridiculously say, but they sing in Japanese, as if that has any relevance. I mean they are Japanese after all. Well No Buses are a quartet from Tokyo and they are nothing like any stereotype that you care to mention.

This album is so left field Indie as to bear little resemblance to Japan and yes the lyrics are in English for the philistines amongst us. Boys Loved Her resides in an area frequented by the US Indie 90's, the UK New Wave and Post Punk and C86 Glasgow. It is wonderfully inventive and absolute revelation.

Angular riffs slash out from everywhere, think Talking Heads and Franz Ferdinand. It sounds like an Indianapolis band recorded in a Glasgow Basement. Dandruff sounds like early XTC without the keyboards, In Stomach could appear on any album from The Sugarplastic that you'd care to name.


The Franz Ferdinand similarity is never so more apparent than on Ill Humor and Little Boy has a real Smiths feel. Rat and Medicine are both in The Strokes ball park. Sleepswimming has an hypnotic riff, a bit Dandy Warhols when they were interesting.

Untouchable You is another cracking song which opens with a Heroes like riff, but overall it's the complete album that enthuses me so much. Boys Loved Her is one of those albums that gets more and more interesting as you listen further.

There's a lot of debate about what Indie is and the catch all category that it has become. This to me is Indie. Inventiveness and breaking boundaries are much needed in these sophomore days. No Buses have fashioned up an outstanding 11 song affair that ranks with anything that you will hear this year. Exceptional!

The album is available everywhere and all the streaming sites. No Buses are destined to solely Big In Japan no longer.

Email ThisBlogThis!Share to TwitterShare to FacebookShare to Pinterest
Labels: No Buses