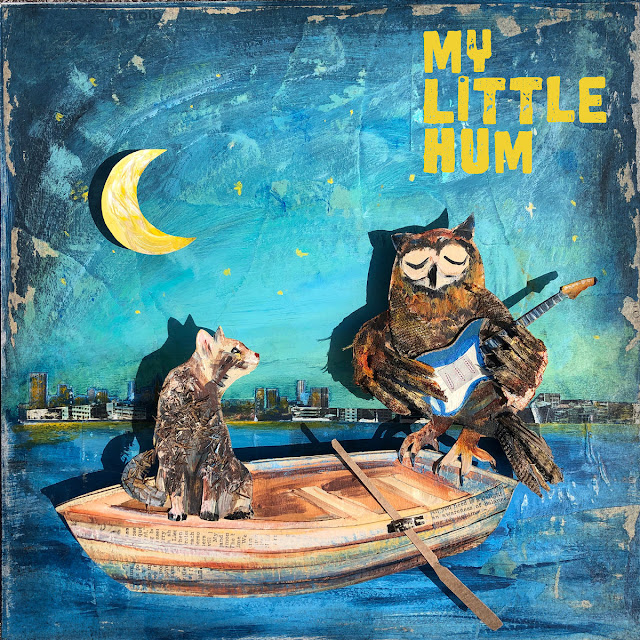 My Little Hum return with the follow up to their 2017 debut, Remembering Houses. You can read my review of the debut here. The comparisons with Susanna Hoffs are Sarah Cracknell are still relevant, as is the wonderful gentle Psych Pop.

However, I do have a problem with Pioneer being called sophomore. It's a really lazy term that denigrates the album and it's used too often. I know writers use it as a compliment to denote more of the same, but the album stands up in it's own right and there is more than enough here to show progression without losing what My Little Hum are good at.

I'm a long time Orange Peels fan, but what Allen Clapp brings to Production is impressive, a MLM project is truly a mark of quality. Clapp is again present here, as is Bob Vickers on Drums. There's even added violin from Jonathan Segal. It's like the album was gathering all my faves in the same room.

Yuri Jewett's vocals are as spot on as ever, melodic, sweetness personified, she could sing the Phone Book. However, it's when that Psych Pop kicks in that the album is at its best. The stand out is the magnificent November In New York, a song that seems like a Paisley Pop jangle until Dan Jewett lets loose in the second half with an incredible Guitar performance.

Contrast this with Runway Lights which is virtually Americana Psych with a superb Violin Break from Segal. Subway Song is splendid Jangle Pop, those St Etienne comparisons again ring true. One Of A Guy is like The Bangles doing an early version of The Move, the Bass Line is just ace.

Don't Build It Alone has had a lot of attention, rightly so. It is slightly Nick Cave, but the cover of Christopher Cross's Sailing is inspired, it has a torch song quality. Pioneer 10 ends the album beautifully, a moody, largely instrumental, that underlines the versatility of the duo.


Pioneer is an essential listen. Please don't throw it on the sophomore pile. It demands far more respect than that. You can listen to and buy the album here.