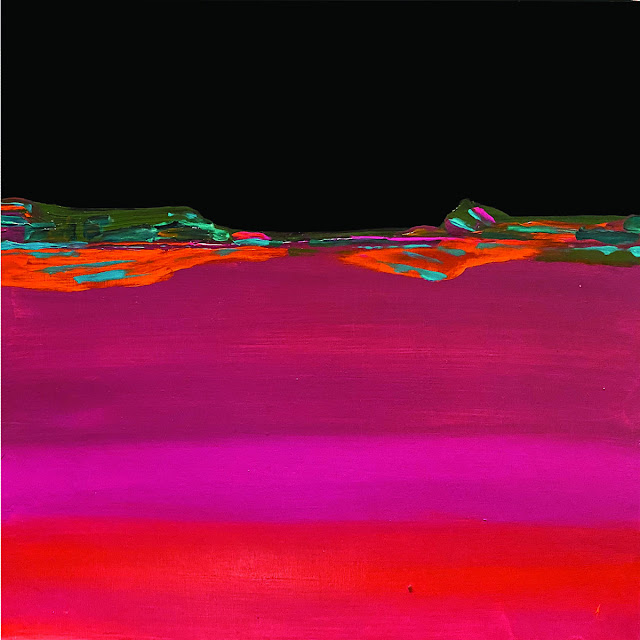 People ask me how I can be such a lover of Pop Rock in the window of I Don't Hear A Single and yet at home be such a massive Psych and Prog fan. It really is rather easy if you have the patience. Through Secondary School, in fact smack bang in the middle around 1976 there was a lull.

Glam Rock had virtually ended and Punk had not properly started and that coincided with the time when albums came to my fore and all the seemingly greatest albums were Prog and you had a golden previous period to listen to and learn. Pop albums were still largely singles and load of "will this do" filler.

Through all my musical crystallising and genre hoping, I always returned to Prog and Psych, complex albums, but you could just let them wash over you. So new albums don't usually appear on IDHAS, because that's not what the audience necessarily appreciates. But there are artists who can be from either of those genres and still be accessible to a wider, dare I say it, Pop Rock audience?

This is where Gregory Curvey comes in, through both his The Luck Of Eden Hall a nd more recently, Custard Flux adventures. Curvey and Custard Flux compare to a band like Big Big Train, not as chorus led, but willing to take more chances. Both cross over and you would be surprised how many Pop Rock fans I know that are fans of Curvey.

Vocal wise, he comes in as very Peter Gabriel pre Lamb Lies Down On Broadway, say 1972 or 1973. However, he is a gobsmackingly great Guitarist. He can be plank spank with the best of them, but be equally understated or complex, riff driven at times. He is also an incredible arranger.

Phosphorous is the third Custard Flux album and it is typically Prog as a double album. At almost 81 minutes, it is a long, but completely worthwhile listen. The variety holds your attention as do the moods. Two of the instrumentals add Sax and that instrument lights up The Gardener, which isn't an instrumental. Well done Mars Williams!

Likewise, Jay Tausig's flute on The Face Of Mankind is superb on a song that sounds so much like Big Big Train. Orbital Transport shows another side to Custard Flux, Acoustic Guitar led, almost classical and Roses And Wine gets as near to a Pop Song as could be, but still sounds very Adrian Belew.

What thrills me the most though are always the riff led songs that take on different avenues but rest on that riff and repetition both vocally and instrumentally. Station is a great example, but the tour de force is the opener The Pretender / Memory Ends. I could have spent the whole review extolling the wonders of this song.

Nine minutes in length and as expected with the title, two part, it is mesmerising without a wasted second. The Pretender is so damn melodic, you find yourself singing the hypnotic chorus. It is as urgent as Curvey has ever been. There is also a wig out Guitar Solo and before you know it, Memory Ends has begun.

This second part is very very Genesis 1973 and it could be Peter Gabriel himself, a complete change of pace, wonderfully so. My hope with the embedded songs is to attempt ro bring newcomers in. Everyone is welcome! Oh and the sleeve notes are written by our very own Mick Dillingham.

You can listen to and buy the album on Vinyl, CD or as a download here.

Posted by Anything Should Happen at 22:02