The Boys With The Perpetual Nervousness - The Third Wave Of 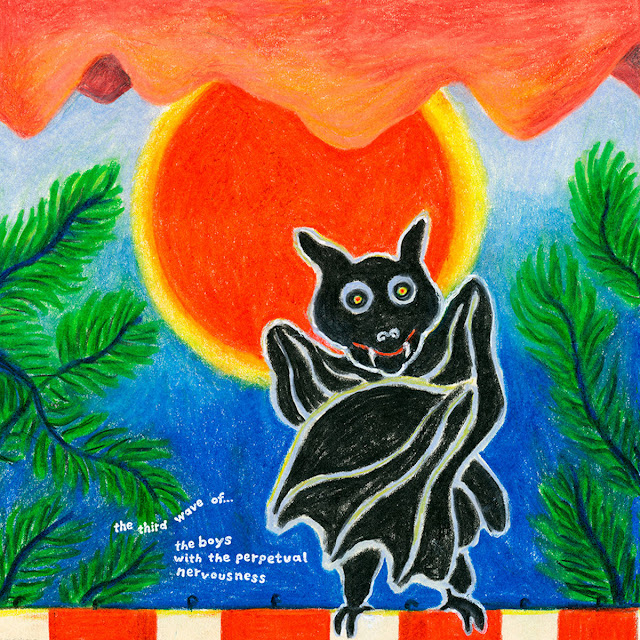 Through Dropkick, this, solo and his work with The Harmonizers, his warming vocal is always a pleasure to hear and in this and The Harmonizers work, there are differenet directions. The latter was a little more Americana and Country, The Boys With Perpetual Nervousness head towards Big Star at times.

It is a more polished Big Star, but there is something magical when the material gently rocks out. Look Back is a great example of this, it is still melodic and harmonic but a greater pace and there's also a nice little keyboard addition.

Old Pictures Of Ourselves is very Del Amitri, wonderfully so, whilst In The Right is particularly Posies, again beautifully done.  Isolation is a lovely lovely song with a fine Country Twang and benefits greatly from the addition of Mary Lou Lord and a wonderful Psych Pop like jangle.

Old Ways is beautifully stripped down and aches splendidly whilst Out Of Time jangles along soothingly with an extended instrumental Outro. The album default is unsurprisingly somewhere between Dropkick and latter day Teenage Fanclub and there is something really reassuring about this.

There have been a lot of TFC references around in the past decade, thankfully these have slowed considerably as they were becoming as cliched as XTC mentions. However if one person deserves comparison, it is Taylor. The man is never involved in anything that is less than great and this album is certainly that.

You can listen to and buy the album here and here.

Posted by Anything Should Happen at 18:35

Email ThisBlogThis!Share to TwitterShare to FacebookShare to Pinterest
Labels: Dropkick, The Boys With The Perpetual Nervousness