Phil Thornalley - Now That I Have Your Attention 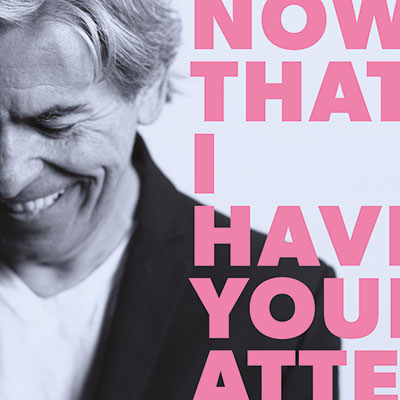 I have a massive admiration for Andrew Campbell's Lojinx label. The British label's roster has mirrored the artists that I have listened to over the past three decades plus and became a sort of British Not Lame. He also cares about the artists. Visit the Lojinx site and you will find that every release is never just thrown out. Albums are linked to places to find out more about the musicians with a potted history. If only all labels cared so much about their releases.

Astral Drive have been on the label since 2017 and Astral Drive is Phil Thornalley. Now he releases an album under his known name. Thornalley is a musician, producer and songwriter. He has worked with many artists that would surprise you including XTC, Prefab Sprout and The Cure. He also co-wrote one of the finest songs ever with Torn. So what should you expect from his solo offering?

Well, if you are waiting for the next album from Jeff Lynne's ELO, this may ease your wait. Thornalley openly acknowledges that he wanted the production to sound like a Jeff Lynne production and that it does. When strings are added, songs sound very late 70s ELO and the arrangements are very Louis Clark. At other times it sounds very solo Lynne, particularly in comparison to Armchair Theatre.

More than anything else, there seems a direct connection to The Travelling Wilburys. A Dylan mouth organ here, a Harrison solo there and on more than one occasion, a vocal that sounds uncannily Tom Petty. None of this detracts from the sheer fun of the album, Pop Rock of the highest order with the emphasis on Pop.

Heaven In A Hash Pipe could appear on Discovery. Hell Bent On Compromise is in Iain Hornal territory with a wonderfully witty lyrical sentiment. Fast Car could be the original ELO themselves and has a splendid arrangement. I'm reminded a lot of the Secret Messages album, a release much maligned at the time, but over recent years, I have realised its excellence.

Both Big Plans and Stand By Love are very very Petty like. Away from the Lynne comparisons, Bluer Than A Bluebird is a magnificent melancholic ballad, but the album is at its very best when the Pop |rings out. One Night In America has so many hooks and a chorus to die for. However the standout song is the joyous Solid Gold Sunshine.

That song is full on 1974. Glam Rock at its heart and incredibly authentic with its stomping drums and handclaps. Background vocal chip ins that are a ringer for Sweet and a great intermittent Lead Guitar. |It may be the best song that Chinn and Chapman didn't write. Now That I Have Your Attention's main plus point is how much fun it is and sounds. Writing Fell Good Pop is one of the hardest things and to do it this well deserves large applause. Highly Recommended!

Posted by Anything Should Happen at 20:21