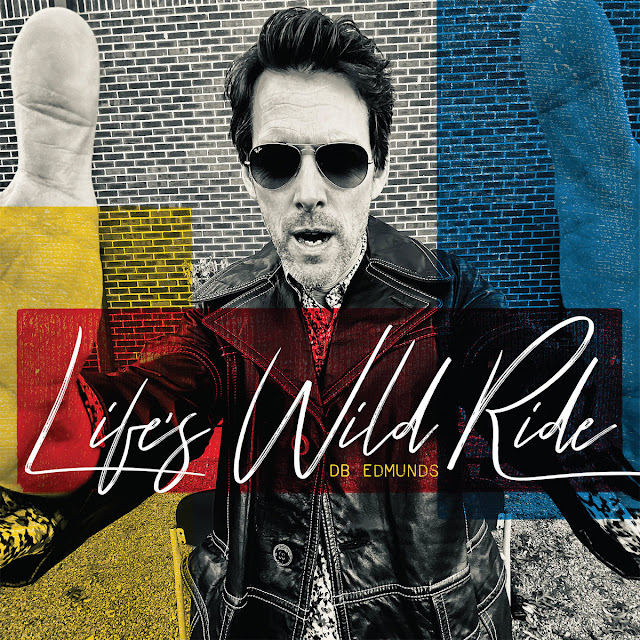 When is an EP a mini album? Life's Wild Ride is classed as an EP, but with six songs and coming in at over 24 minutes, it is nearly as long as some albums that have appeared on Vinyl recently. I expected a lot from Doug Edmunds solo debut and let me tell you why.

Gladhands are one of my favourite bands of the 90s. Scratch that...........ever. Four albums of mind blowing quality and La Di Da features regularly in my top 10 albums of all time. The band offered up a wonderful brand of Pop Rock, but essentially they could also Rock. They were a melodic power trio of the finest order.

To appear in one band of such quality deserves acclaim, but to follow it with a group of equal excellence deserves the Gold Medal. The Stars Explode were such a match to Gladhands and so the pressure was on with a solo venture.

Thankfully, Edmunds has done the Triple. This album follows similar lines to what has gone before, but with a seeming maturity that enhances past victories. Side By Side lets you know what you are in, great Guitar Pop with a touch of Glam Rock and a rip roaring Guitarathon.

I Don't Trust Love is a top notch ballad, meandering, moody with a weeping solo. The One True Thing adds horns and organs on a fine 70s Pop Rock song like there used to be. Higher Ground could be Brit Pop. Wait For The Rain even gets a little lounge, another genre Edmunds masters and then ends on a cataclysmic solo.

I mentioned maturity and the slower numbers reflect that and are beautifully done, but when it Rocks, it really Rocks and you are reminded throughout of what a great guitarist the man is. From what I usually term the Not Lame Years until now, DB Edmunds has lost none of his spark. Highly Recommended!

Posted by Anything Should Happen at 17:57