The Prize - Wrong Side Of Town EP 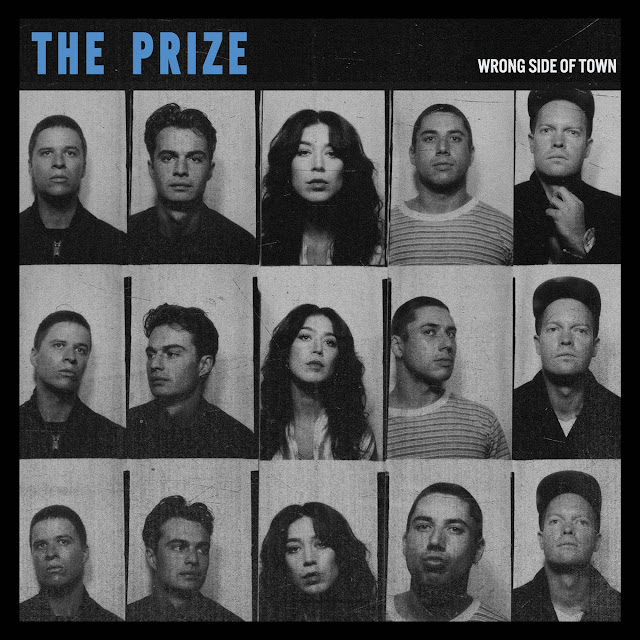 After a spell in the doldrums, Power Pop is showing great signs of a revival. A genre that has always been about great hooks and choruses and predominantly Fun had become uncool, not that it ever necessarily really wanted to be.

The Facebook Groups didn't help with constant arguments about what is and isn't Power Pop and constant comparisons to the past that denigrated anything new. David Bash still flies the flag with his IPO Festival, but largely there is a real sadness in the way long established supporters stepped away from what is a wonderful sound.

Led initially by the likes of The Speedways and reinforced by the success of The Airport 77's debut album and many more breakthroughs one thing was needed to round the revival off. That was discovering a younger audience and The Prize could very well be the answer.

The Melbourne five piece offer up twin vocals, twin guitars, big riffs, join in choruses and an up and at 'em style that will especially appeal to live audiences. As well as offering youth, they offer a fine take on what has gone before, but put their own stamp on it.

It is fair to say that the two lead singles have further increased anticipation for the EP release and here it is. The sound is a mix of Power Pop, Ramones style pace and the UK New Wave of the late 70's. Australia wise, the riffs and readiness of The Nerves and the guitar sound and solos of DM3.

The title track is a wonderful example of how splendid the UK New Wave was, mixing melody with urgency and even sounding a little Thin Lizzy on the solo. Easy Way Out is even faster and just as great with a wonderful wall of sound Guitar solo.

The biggest surprise was the cover of Nuneaton's The Kidda Band's Fighting My Way Back, a 7 inch original single that I still own as well as the reissue of their debut album. It is a song that suits The Prize brilliantly with its hypnotic riff and allows them to underline what a great EP this is. Hopefully, an album will follow in the near future.

You can listen to and buy the EP here.

Posted by Anything Should Happen at 15:37

Email ThisBlogThis!Share to TwitterShare to FacebookShare to Pinterest
Labels: The Prize