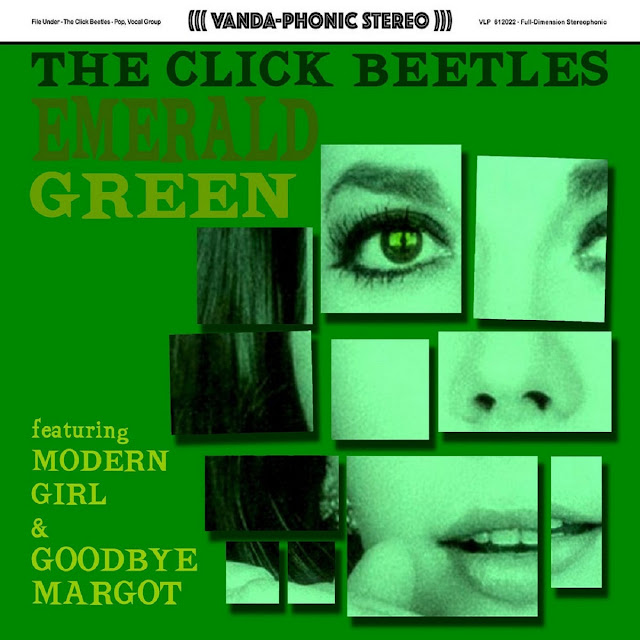 I have at times been accused at times of having a downer on Power Pop. I know it is hard to believe that I would upset anyone, but there you have it. The truth is I haven't any such thing. The problem has always been too many of the fans or more relevantly fan groups. IDHAS became what it is on the back of Power Pop then it just moved in other directions, but I still love the genre,

It suffered dreadfully with the "Is It Power Pop" brigade and that made it uncool for bands to be linked to it. It also became ageist and more than a little bit, all new music is shite. I understand that people like the things that they've always liked, but that doesn't suit a Blog that concentrates on the new and under appreciated.

There is good and bad in every genre, but there is the overhang of mediocre when people try to define something rigidly, it just limits the audience. When a band gets Power Pop right, it can be the most uplifting thing ever and The Click Beetles get it right all of the time. Dan Pavelich's adventures with Drummer, Van Dyke Brown are exceptional .

Whether it is the Merseybeat of the 60s, the New Wave or Pop Rock of the 70s or the revitalised 90s, they master the sound. They are at their best when they Jangle, Goodbye Margot and Modern Girl best represent this beautifully. The addition of Andrea Perry's vocal on Natalie Would is a triumph, great UK 60s Beat that ventures into Psych Pop.

Return The Sun begins with a Blues Riff but settles into a splendid melancholic Pop Rock affair which is very 1967 but with a hint of late 50s. Dear Liza Jane is as good a piece of Toytown as I've heard recently, delivered at pace with the feel of a Kids 60s UK Cartoon theme. Green has a cracking Bass run that drives it and the guitar is hypnotic, even creeping into Jangle Pop at times.

What You Do may be the best thing on the album. There is so much in its 3 minutes 20. Power Pop, Psych Pop, UK Beat and much more. This isn't an album that has been thrown together. There is plenty for the Power Pop fan, but there are also big steps into other directions. That keeps Emerald Green interesting and relevant and as good an example of great Guitar Pop as I've heard all year.

Posted by Anything Should Happen at 20:43