Elvis Eno - A Startling Realization Of The Obvious 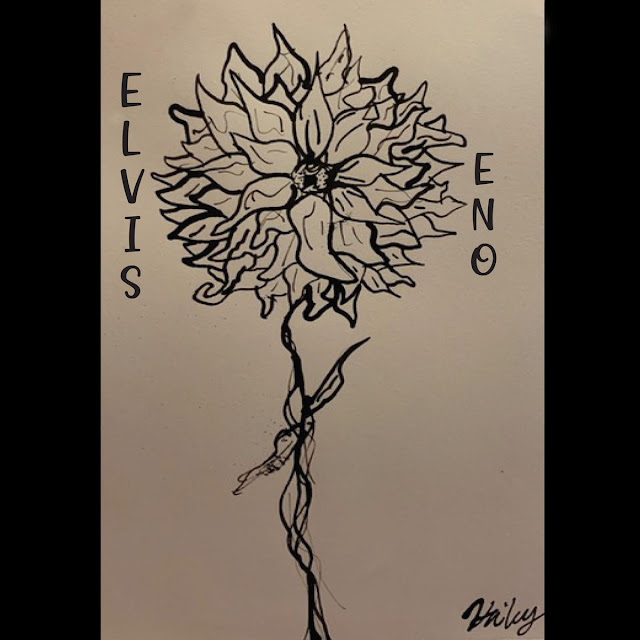 There is a lovely story behind the name Elvis Eno, the story is told on the Bandcamp page that I link you to at the end of the review. Thankfully it is not like one of those Facebook Fan Names such as Billy Lynne, Edward McCartney and Sandra Dylan.

Elvis Eno is the alter ego of John Dunbar, he of the fine solo albums and excellent The John Sally Ride. Dunbar has always been a talented Pop Rock songwriter with a sweet vocal that isn't a million miles away from Glenn Tilbrook. That vocal is still present and correct.

However, the songs here seem to be far more experimental, certainly more left field and possibly songs that didn't fit elsewhere. The result may be the best ever album from Dunbar and the most inventive for sure. This is the sound of Pastoral Psych Pop and when the songs are more straight ahead, that Psych Pop seems bursting to get out.

The stand out song is the magnificent Baroque Pop of The Last Time I Saw You which is very much like a Martin Newell song that has had money spent on it. But compare that to More Than A Little While which is a real 80s melodic Post Punk fest.

Getting To Know The Back Of My Hand is very Ooberman with a bit of Ooberon, the band that the Fletts split into. Believe The Liars is wonderful moody with a slight hint of Squeeze, it is haunting. The One Who Won is a wonderful trip and We're Shaped By What Did Not Work is great Wirtz Toytown.

There are nods towards White Album McCartney at times and there are definite Anti Trump in the song titles and lyrics. But the album is jam packed with surprises and unexpected directions. It feels Robyn Hitchcock at times. What A Revelation! You just wish that Dunbar would shout about his material more, he deserves far more than being influential musicians and writers' little secret.

Posted by Anything Should Happen at 20:14