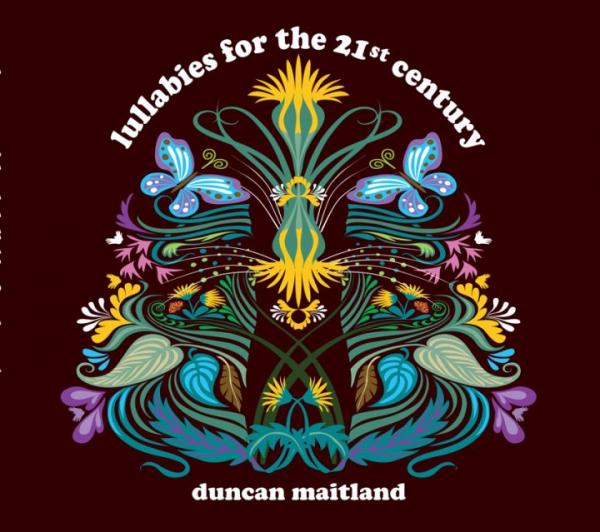 If ever an album should be listened to on vinyl, it is Duncan Maitland's 2010 masterpiece, Lullabies For The 21st Century. Now you can because the excellent Sugarbush Records has released it in 12 Inch mode.

The album is an absolute gem, It varies from Psych Pop to straight ahead melodic tunes. At times, it could be XTC in Stratosphear mode, it's definitely in Orgone Box territory, but it could easily be Pugwash.

More on the album in a bit, but first Duncan Maitland, an artist you should have heard far more of.

He was in the underrated Picturehouse for their first two albums and wrote the killer single, Sunburst. That band paid their dues with big support slots but it didn't seem to fall for them and Duncan left to play with Pugwash. He was on their first three albums, up to and including Jollity.

He's since played with Anny Celsi and Nelson Bragg and played Keyboards on XTC's Say It.


As for the album, it's special guest ahoy. Colin Moulding plays Bass on the opener, Your Century. Also on the album are Pugwash's Tosh Flood and Shaun McGee and another underrated artist, Slumberjet's Barry O' Brien. It's a cracker of an album, wonderfully put together, dreamy enough to lie back to, but with moments that just hit you. It reminds me a lot of The Lilac Time.

The Beach Boy's like, Cry Me To Sleep is ace,


Each song is a mini masterpiece, if you lot don't hurry up an buy this sharpish, it's going to be one of those great lost albums. I'd be very disappointed if there's not another album pretty damn soon. There's so much to it, even the jazz like shuffle, Insect Under The Stone. It's done in the style that Andy Partridge did with The Man Who Sailed Around His Soul.


So you can buy it now from Sugarbush here. If you haven't got a turntable, well perhaps it's time you sorted that out. In the meantime, you can buy the download from Amazon here.


Posted by Anything Should Happen at 13:10