The Brotherhood Of Lizards - Lizardland : The Complete Works 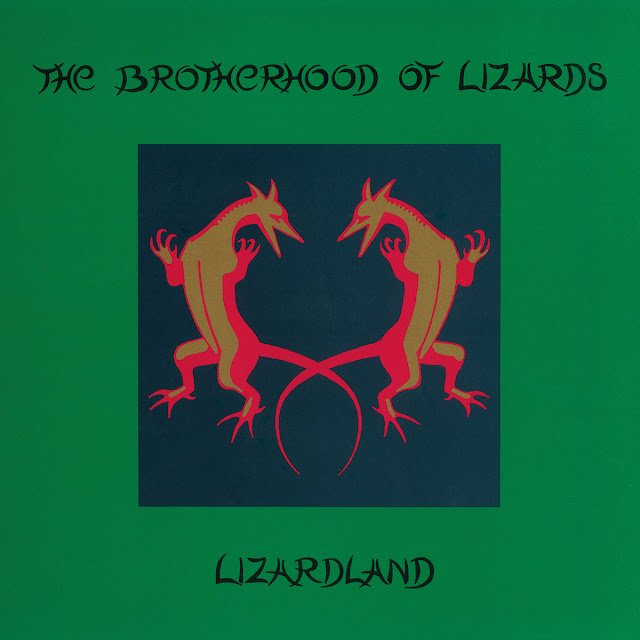 One thing I can say is that it will be quite expensive per watt and another is that I don't regret one penny spent. It's Lo-Fi Heaven, he rarely disappoints. His debut solo album "The Greatest Living Englishman" is in my Top 10 favourite albums, aptly produced by Andy Partridge. Partridge may be far more versatile, but Newell is far more charming.


As you can tell by the intro, I can talk about Martin Newell all day and will, but I'd better concentrate on the job in hand. In 1988, The Cleaners From Venus were coming to a natural end, it was largely Newell and Giles Smith anyway and Smith was heading for Journalism. Martin Newell teamed up with Multi Instrumentalist, Nelson and formed The Brotherhood Of Lizards.

The results of their endeavours are collated here. The self titled mini album, released on Newell's format of choice, the cassette and the full length Lizardland.

The sound was very much Cleaners From Venus, but there seemed more focus on that sound. Very sixties, mixing standard Psych Pop with regular jangle, treading on Dukes Of Stratosphear territory, although it could be said that Newell had put his flag on that hill first.


The duo got more press inches from the resulting tour than the music itself. Newell insisted on travelling to each gig by Bicycle and they became known as some sort of Eco Giggers. In 1990, Nelson got nabbed for his two decade stint with New Model Army and that was that. Martin Newell would move on to record his masterpiece.


I'm too biased to suggest you go hot foot to here and buy this, but please go and listen to it and make your own mind up. If you like Psych Pop, this will knock your socks off.


Posted by Anything Should Happen at 14:40